He was the only child of Marco di Datino and Monna Vermigilia, who both died as a result of the Black Death in 1348.After his parents death, he was raised by a woman whom he called his “substitute mother.” Their relationship seems to have been a positive one. We see a letter from her signed “your mother in love.” He became an apprentice of a merchant in Florence and when he was fifteen, he joined a group of merchants who were going to Avignon, the city where the Popes had moved at the time. His first business was the arms trade, which was quite profitable in Avignon during the Hundred Years’ War. He eventually became a supplier of luxury goods and art for the wealthy cardinals residing there. The works of art these figures bought were some of the first consumed for private, non religious use. Before this time, the church had been the primary patron of the arts. Later on, the papacy and other pious individuals commissioned religious artwork, creating a use for Francesco’s merchant skills. ( read more on Wikipedia)

Born Filippo Lippi in Prato (Tuscany), the illegitimate son of the painter Fra Filippo Lippi and nun Lucrezia Buti, Filippino first trained under his father. They moved to Spoleto, where Filippino served as 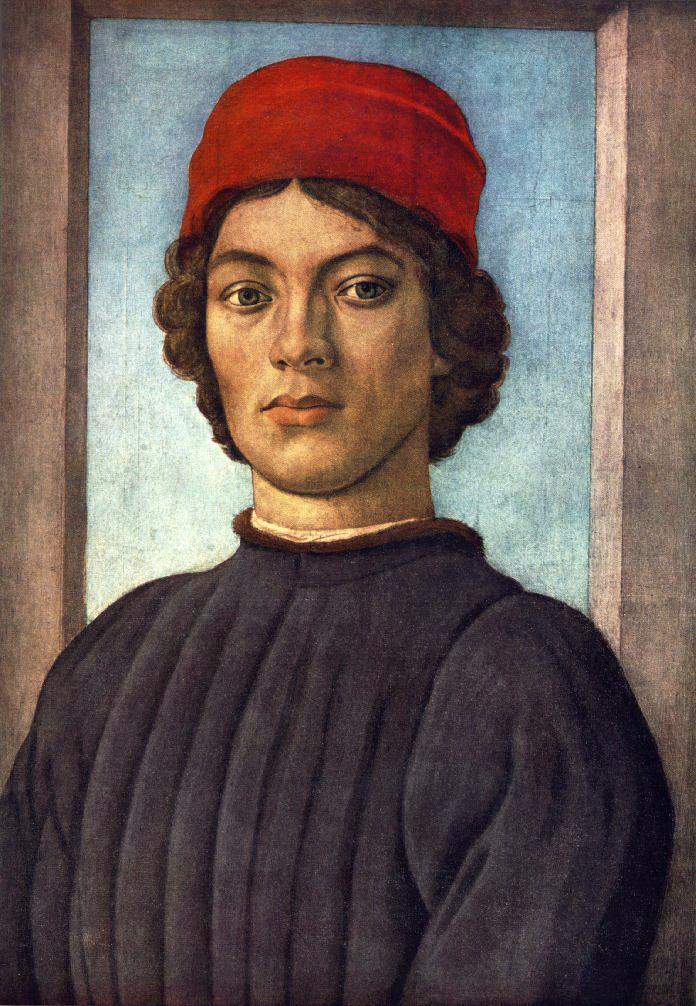 shop adjuvant in the construction of the Cathedral there. When his father died in 1469, he completed the frescos with Storie della Vergine (Histories of the Virgin) in the cathedral. Filippino Lippi completed his apprenticeship in the workshop of Botticelli, who had been a pupil of Filippino’s father. In 1472, Botticelli also took him as his companion in the Compagnia di San Luca.His first works greatly resemble those of Botticelli’s, but with less sensitivity and subtlety. The very first ones (dating from 1475 onwards) were initially attributed to an anonymous “Amico di Sandro” (“Friend of Botticelli”). Eventually Lippi’s style evolved into a more personal and effective one in the years 1480-1485. Works of the early period include: the Madonnas of Berlin, London and Washington, the Journeys of Tobia of the Galleria Sabauda in Turin, Italy, the Madonna of the Sea of Galleria dell’Accademia and the Histories of Ester. Together with Perugino, Ghirlandaio and Botticelli, Lippi worked on the frescoed decoration of Lorenzo de Medici’s villa at Spedaletto. On December 31, 1482 he was commissioned to work on a wall of Sala dell’Udienza of Palazzo Vecchio in Florence (a work never begun). Soon after (probably in 1483-1484) he was called to complete Masaccio’s decoration of Brancacci Chapel in the church of the Carmine, left unfinished by the artist’s death in 1428.(read more on wikipedia)

Born in Prato, Tuscany, to a Lombard mother and a German father, he was educated at Collegio Cicognini and at the La Sapienza University of Rome. In 1918 he started his career as a journalist.Malaparte fought in World War I, earning a captaincy in the Fifth Alpine Regiment and several decorations for valor, and in 1922 took part in Benito Mussolini’s March on Rome. In 1924, he founded the Roman periodical La Conquista dello Stato (“The Conquest of the State”, a title which would inspire Ramiro Ledesma Ramos’ La Conquista del Estado). As a member of the Partito Nazionale Fascista, he founded several periodicals and contributed essays and articles to others, as well as writing numerous books, starting from the early 1920s, and directing two metropolitan newspapers.In 1926 he founded with Massimo Bontempelli (1878-1960) the literary quarterly “900”. Later he became a co-editor of Fiera Letteraria (1928-31), and an editor of La Stampa in Turin. His polemical war novel-essay, Viva Caporetto! (1921), criticized corrupt Rome and the Italian upper classes as the real enemy (the book was forbidden because it offended the Regio Esercito). In Tecnica del Colpo di Stato (1931) Malaparte attacked both Adolf Hitler and Mussolini. This led to Malaparte being stripped of his National Fascist Party membership and sent to internal exile from 1933 to 1938 on the island of Lipari.(read more on wikipedia)

Roberto Benigni was born in Manciano, Castiglion Fiorentino, Italy, the son of Isolina Papini, a fabric inspector, and Luigi Benigni, a bricklayer, carpenter, and farmer. His first experiences as a theatre actor took place in 1972, in Prato. During that autumn he moved to Rome where he took part in some experimental theatre shows, some of which he also directed. In 1975, Benigni had his first theatrical success with Cioni Mario di Gaspare fu Giulia, written by Giuseppe Bertolucci. Benigni became famous in Italy in the 1970s for a shocking TV series called Onda Libera, on RAI2, by Renzo Arbore, in which he interpreted the satirical piece “anthem of the melt body” (L’inno del corpo sciolto, a hymn to defecation). A great scandal for the time, the series was suspended due to censorship. His first film was 1977’s Berlinguer ti voglio bene, also by Giuseppe Bertolucci ( read more on wikipedia )