They keep 50 days of international cinema in the beautiful location of Odeon cinema. 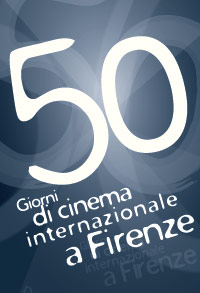 This year Lo schermo dell’arte film festival arrives at its third edition. Three sections are scheduled: Sguardi films devoted to major figures in the world of contemporary art, including Antony Gormley, Andreas Gursky, Francesca Woodmman and Jean-Michel Basquiat. Among the Italian previews: Waste Land by Lucy Walker, starring the Brazilian Vik Muniz who returns to his home country to photograph the “catadores”, men and women who make their living by collecting rubbish; Cinema d’artista: works by artists who have chosen the cinema as a means of expression. Italian premiere of Marxism today (prologue) by Phil Collins, a work specially created by the English artist for the Berlin Biennial 2010; finally,Festival Talks: meetings with artist, directors and producers.

A week packed with films, documentaries, shows, meetings with the directors, exhibitions and events illustrating the variegated gay, lesbian and transgender universe. This is a festival which has from the start been engaged in the cultural battle against the closure, discrimination and intolerance that people of different sexual identity have to address every day. The Festival also promotes a Videoqueer shorts competition that allows everyone to express their own vision of the LGBT universe. This year a special prize of € 1,000, offered by the Tuscan Regional Authority, will be awarded to the best short on the subject: AIDS, perception of risk and prevention entitled SEI HAI TESTA FAI IL TEST (If you’ve got a brain, do the test)

A week in Florence in the company of the most recent shorts, feature films and documentaries of Indian cinema in the company of the actors, directors and producers involved. River to River also celebrates its ten-year anniversary, showing the films that have won the River to River Digichannel Audience Award in the past nine editions, as well as a packed programme of competing films and retrospectives, meetings with the stars and directors, morning seminars and side events. This year the festival has organised a retrospective devoted to Satyajit Ray, one of the greatest Indian directors of the twentieth century

N.I.C.E., the festival that promotes and spreads Italian cinema in the world, celebrates its twentieth anniversary by renewing its presence in the United States, Holland and Russia. This year too, seven new films contend for the Nice Prize, decreed by the American public. Out of the competition there is the customary short selected from among those showcased at the Taormina Film Fest. Another appointment with the Susan Batson prize, which throws open the doors of the prestigious drama and specialisation schoolBlack Nexxus, Inc. of New York to the best actor or actress starring in the nominated films. An itinerary that will be concluded, like every year, at the Italian site of the Festival, with the award of the City of Florence NICE prize in collaboration with the Florence City Council.