50 days dedicated to the cinema, after beginning with the French festival in conjunction with the festival of

creativity, will continue with a series of thematic festivals (the first found in this post)


Location of all festivals will be the Odeon cinema.

31 Oct/2 Nov – Sound Of The World
Three days devoted to the sounds of world, from tango to bossa nova, from the arab to the mongol music till the taranta; a musical travel through different cultures and people. The festival presents the Italian premieres of a number of documentaries with the participation of some authors.

A week of international women’s cinema featuring: 40 short, medium and feature-length films from Iran, Spain, Argentina, Germany, Canada, Turkey, France, Great Britain, Portugal, Kenya, Zimbabwe, Italy and Russia; a Focus on the relations between criticism and creativity in Italy and Germany; talks and meetings about cinema and adolescence. These are just some of the novelties of Life&Cinema, the XXXII Edition of the International Women’s Film Festival. Three prizes will be awarded in the course of the festival: the XIII Sigillo della Pace, attributed to the women directors who have produced the most courageous works addressing the resolution of the major conflicts of the contemporary world; the Gilda Prize, awarded to the actress making a significant 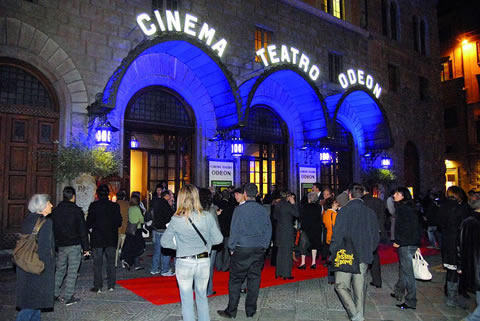 contribution to altering the image, role and identity of the woman in today’s cinema and society; and finally the Anna Magnani Prize for new Italian women directors, attributed by a jury made up of the students on the DAMS and Education Science at the University of Florence.

13 Nov / 20 Nov – Festival dei Popoli
Every year the Festival, at 51st edition, proposes the best of documentary production and real cinema from all over the world to recount the past, describe the present and identify its potential evolutions. The novelties of this edition include Panorama Italiano, a selection of the most significant works produced in Italy over the last year, and the Focus on cinema of the Canadian director Peter Mettler, winner of numerous awards. Then there is a retrospective devoted to Swiss cinema, focusing in particular on films dealing with travel. As every year, the official selection of the festival will be the International Feature Film Competition and the International Shorts Competition together with the Free Style section, showcasing the most innovative forms of the contemporary documentary. Guest events: Italian Doc Screenings 2010 – the most important Italian initiative in the documentary market, which will be held in Florence for the first time – and the Estates General of the Documentary in Tuscany by the Associazione Documentaristi Anonimi.