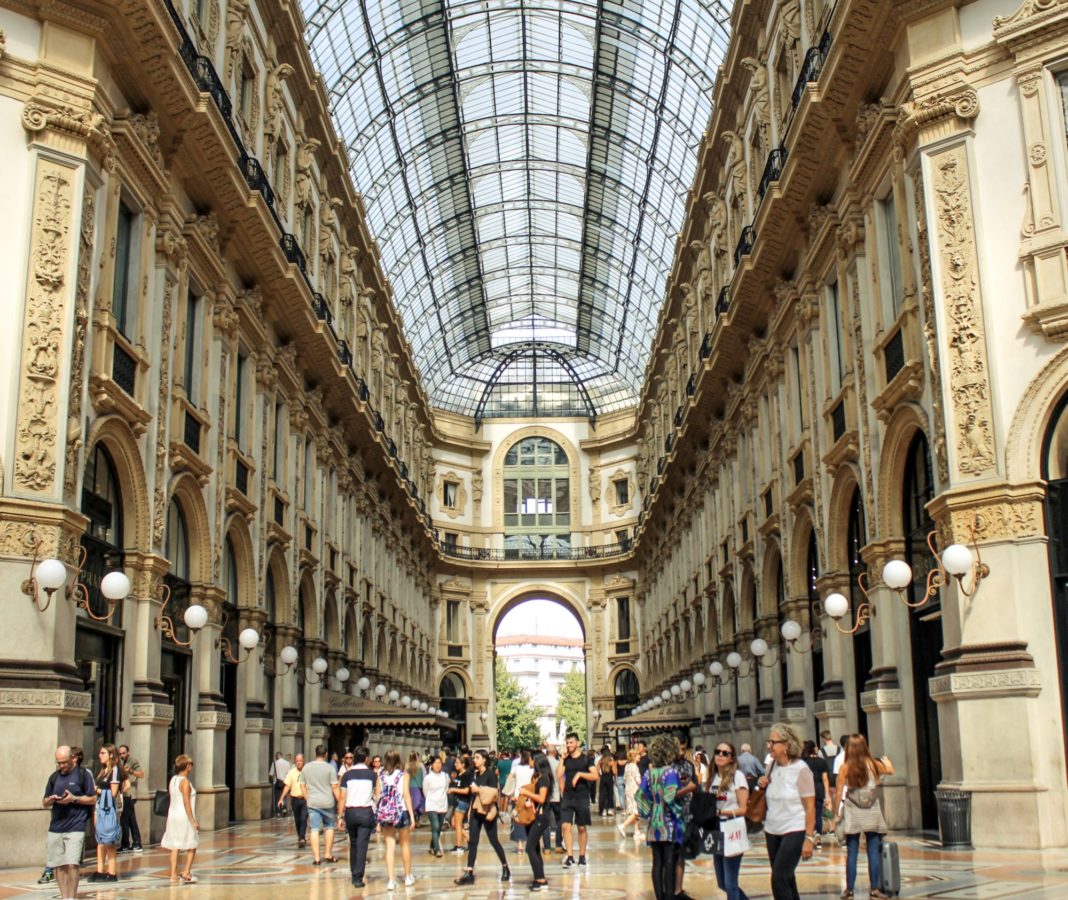 Milan is a fashion paradise for everybody that is visiting Italy, and really even for Italians themselves. Plus all our articles that revolve around Milan are going pretty strong, so why not put some more pressure on the subject, right? As I was saying this city is one of the stars in fashion around the world, and you can’t be out of places to shop if you’re here. I’ll help out with a nice Milan shopping post for all of you newcomers that rethinking about visiting, or staying in Milan.

Let’s call it a Milan shopping guide, even though I won’t be telling you how to shop, rather in which areas you can find the best quality or the best price, they are equally important. I won’t go into vintage stores, cause you’ll find that info in our “Vintage Shops in Milan” article. We’ll be looking at a variety of locations for shopping in Milan Italy.

Cause you can’t run out of places do your shopping in Milan, that would be a Milan shopping nightmare. Maybe you’re interested too in How do you speak italian fashion terms: the dictionary.

The closest location to the train station, Corso Buenos Aires is the first high street you’ll find, with a huge variety of shops to spend your money in. You’ve got your Zara, your Desigual, and so on you know the international shopping attractions. It gets a bit hectic during sales season, but hey that doesn’t mean you shouldn’t give it a try.

The closest Milan shopping center, also because it’s the only one in the city limits, at CityLife you can find all major retailers. It’s a mall what’d you expect to find really. Apart from that, you should visit during spring/summer or summer/autumn times as they have a beautiful outside area that is grounds for some really fun events.

This Milan shopping district is a bit more on the high-end side of things, you’ll find mostly vintage shops, don’t forget to check out the rest of them, antique shops, perfumers, and art galleries. Maybe you’re an art dealer and that’s what you came to Milan for, but you probably know about Brera already. Don’t miss out on a stroll in the Pinacoteca if it’s open.

Right next to the Duomo you can’t miss out on a stroll down Galleria Vittorio Emanuele II, as you can find all the main Luxury stores. You’ve got your Gucci, your LV and so on. It’s fancy shopping in the Galleria, but don’t forget if you take Corso Vittorio Emanuele, that’s the street that takes you from the Duomo to San Babila on foot, you’ll find stores like Urban Outfitters, and you’ll also find a Five Guys. So if you’re jonesing for an American moment you know what to do.

Out of the 5 locations I’m sending you, this would be the cheapest and the one in which you’ll find most deals. You’ve got to remember that it’s a market and it’s on every Saturday, except the last one of the month, in which it’s on a Sunday and it’s a lot bigger. You’ve got to see it at least once as you can find some amazing deals that are going to blow your mind, plus if you’re a uni student you’re probably on a budget, so you should defo read up our “Cheap Shopping in Milan” so you’ve got more choice.

What time do shops shut in Milan?

I’ll be honest it really depends on the areas, but let’s say that a general rule is that they close from 7.30pm to 8.00 pm. So whatever you need to but, do it before those times. Keep in mind that something like the Mercato dei Navigli, closes approximately in the late afternoon.

What should I buy in Milan?

That really depends on what you need. Because you really can find whatever your heart desires in Milan. My advice is to bring an empty suitcase and go on a mad one.