Home Culture Food What’s it like in Calabria? – Regions from A to V 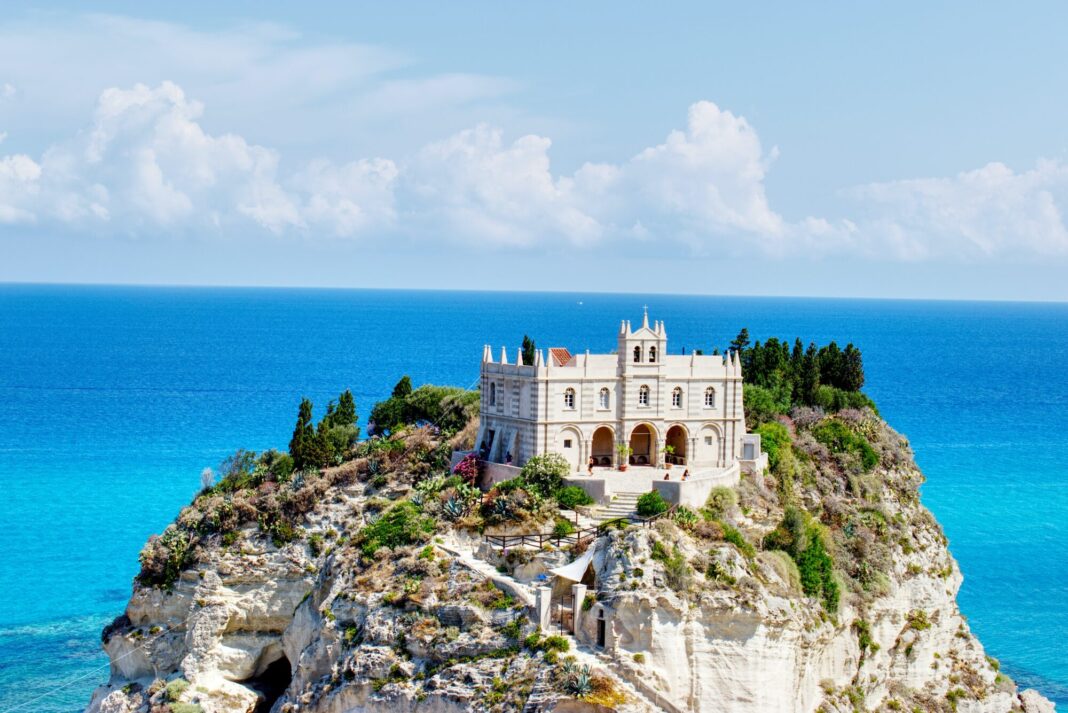 Here we are again dreaming about travel in this pandemic, cause why not plan your next Italian Itinerary ahead of time, as sooner or later we’ll be able to travel again. Not immediately, but maybe next year. Now I’ve given you a quick tour of Abruzzo and Basilicata and with me going down a whole alphabetical order list of regions to discover, it’s time to talk about what’s it like in Calabria.

I’ve never been to Calabria personally, even though just last summer I was on a whole southern Italy road trip. From what my mum always told me my great-great-grandparents left Calabria to go to the States, so in part I’m actually from there. I mean I’m pretty sure that’s true cause my mum’s last name is the name of a town in the region, and when people would arrive at Ellis Island they didn’t know what they were filling out cause no one spoke English. Anyway, let’s find out some info about the region I supposedly descend from.

From a Historical point, Calabria is one of the first inhabited regions of Italy. The Greeks created many city-states there and were also the first people to give the name Italoi to the people that lived there, as they worshiped a bull-like deity, and for all antiquity, Calabria was called Italy. Pretty cool finding that out. The Greek influence in the region is still strong, there are some areas in the mountains that still speak a variation of ancient greek called Griko, I mean it’s insane that tradition and culture could remain for over 3000 years in a region that has seen so much change in government, culture, and people in all of that time.

Now for the fun part.

What are the things you need to see in Calabria?

So, without taking into consideration the historical importance of the region and the simple fact that you can go to towns that speak ancient greek, there are some of the most sought out locations in all of Italy. From amazing beaches to snowy mountains that overlook the Mediterranean Sea.

A great aspect of Calabria is the low level of industrialization that has taken place over the years, this has kept most of the natural flora and fauna intact, making all the natural reserves something that you need to try and pack into your next trip to Italy.

It really is up to you to pick where and when you want to go, cause you’ve got the beautiful beaches of Tropea in the summer, and the ski trails of Gambarie that overlooks the Strait of Messina and Sicily. I mean if there wasn’t a pandemic going on I would think about going right now.

Also, in Calabria, you’ll find the Bronzi di Riace two Greek bronze statues from 460 BC that are exceptionally well kept. They are one of the best kept greek treasures in all of Italy. So, you have to put that in your itinerary as well. And you know what you should also add Cattolica, a byzantine church in the Calabrese countryside.

What is there to eat in Calabria?

Aaaaaa Calabria has an amazing variety of food to eat, but for in-depth specials you know I’m gonna write another post. Let’s look at the two most important foods that come out of Calabria. One is vegan/vegetarian friendly the other is not.

Tropea is one of the most sought out beach-towns in all of Italy, you talk to anyone and they know about it, and have someone in their friend group that went. So they saw pictures and dream about how amazing it could be, or just whip out their phone and show you the pics they took. Now that is all fun and games, I mean who doesn’t love a beautiful Italian town overlooking crystal clear blue waters? But the true gem of Tropea is one thing many don’t compare to jewelry. That is the Tropea Onion. I mean I love onions, but these onions are a whole other level. You can eat them raw, you can cook them up, you can have them as a marmalade. However, you want those onions they are going to be amazing.

Now, this is the non-veg option of Calabrese food you need to try before you die. Also, because you might die when you try this. ‘Nduja is the godfather of a “SPICY SAUSAAAGE”, it is so spicy that sometimes it doesn’t even taste like sausage, and it doesn’t even keep the shape of a sausage. It’s a sausage paste if you wish. But hey I mean I’m not that into spice, but I’ve gotta say it’s worth trying it at least once. Maybe just have a little bit like me if you’re not that into the spice.

How do I get to Calabria?

Well, at the moment travel isn’t really an option as you know, but in the future, you’ll be able to get there by train from all the major cities in Italy, and you can also fly into Reggio Calabria or Lamezia Terme.

Now that’s pretty much the general shabam-bam of Calabria, so now if you’re thinking about exploring Italy from north to south you know what needs to be seen in Calabria, and you have a pretty basic understanding of what’s it like in Calabria.