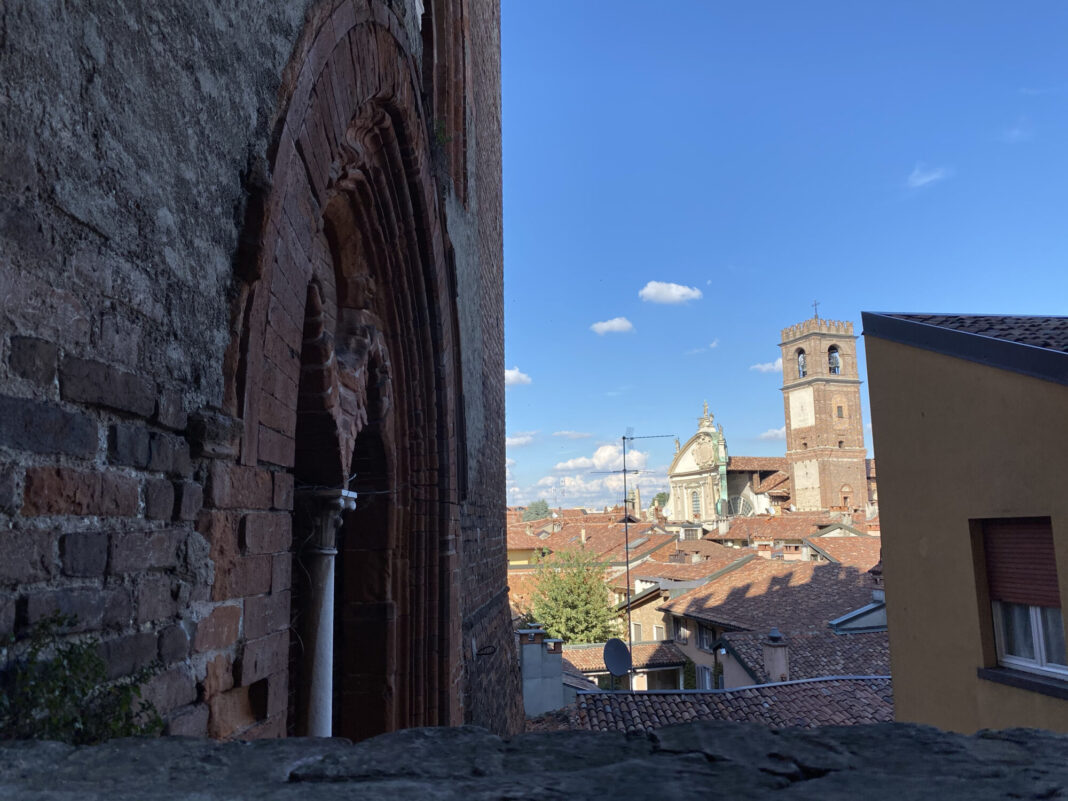 Even though the world is still a COVID mess, lucky for us in Italy the numbers are quite contained during this second wave (fingers crossed that I don’t jinx it with this post). Because of that, we’re still able to move around the country and go on some little day trips. As you saw during the Summer I went around most of Southern Italy on an all-Italian road trip. Now that vacation time is over, and the days are getting shorter it’s time to get back to enjoy some day trips and this day trip to Vigevano n was super quick, faster than all the ones we’ve had up until now.

Just in case you’re new and you’re wondering where else I went on day trips from Milan, you’ve got Pavia, Varese, and Lake Maggiore. All the amazing locations that I advise you to check out on the blog, so when you can come to Italy you know what to do with your free days.

Now let’s talk about this quick road trip to Vigevano. Cause if I don’t start getting into it this post is going to become some weird generic rambling about how nice is the area around Milan.

Vigevano is literally just outside of Milan, on the way to Pavia, and right after Abbiate Grasso (for those of you that have never been to Milan, Abbiate Grasso is the last stop of the M2 green subway line, so you can imagine how close it is to the city).

Historically the city was founded as a hunting lodge/castle for Ludovico il Moro, ruler of Milan, and was built with the helping hand of Bramante and Leonardo da Vinci. Everyone knows who Leonardo is, but even though Bramante doesn’t have the international renown he is still one of the most important architects of the Renaissance period. The best way to see his masterful craft is to visit Vigevano, cause most of the city was built based on his ideas.

First things first, how do you get to Vigevano?

The way there is super easy if you’re new to the city or an avid Milanese traveler. Wherever you are get to the Porta Genova train station (one of the smaller stations within the city), and you can get there by getting on the M2 green line from Milano Centrale or the Cadorna train station. Once you arrive at Porta Genova there’s a train that goes to Mortara leaving at the 42 of every hour, and costs €3,60 per ticket. Once on the train it comes takes 30 minutes to get to Vigevano, and once you’ve arrived in the city it takes a 5/10 minute walk down Via Cairoli, literally the road in front of the station, to get to the historical center

What to see once there?

The thing about Vigevano’s city center is that it’s really small and all next to each other, all of the attractions are within the main square called Piazza Ducale, and it’s one of Italy’s most beautiful Piazzas. It was built as the main entrance to the Castello Sforzesco (yep it has the same name as the Castle in Milan, cause the same family commissioned it), but then used as the entrance of the Duomo, added to the Piazza in the 1600s by Bishop Juan Caramuel y Lobkowitz.

Surmounting the Piazza Ducale is the Tower of Bramante, that is usually visitable, but because of COVID prevention measures we needed a reservation and didn’t think about checking online before, but with the city being so close we’ll go another time.

Behind the Piazza, you can find the entrance to the Castello Sforzesco, but my advice would be to go to the other side of the Piazza (opposite the Duomo) and walk down some streets to see some nice little houses and feel the city a little bit more. Plus this way you’ll find an alternative archway that brings you into the Castle grounds. Thank me when you get there.

Now how long does it take to visit the city? not more than 2 hours, and I’m counting pictures and relax time, it’s all really close and chill. So, my advice would be to go and visit it as soon as you can.