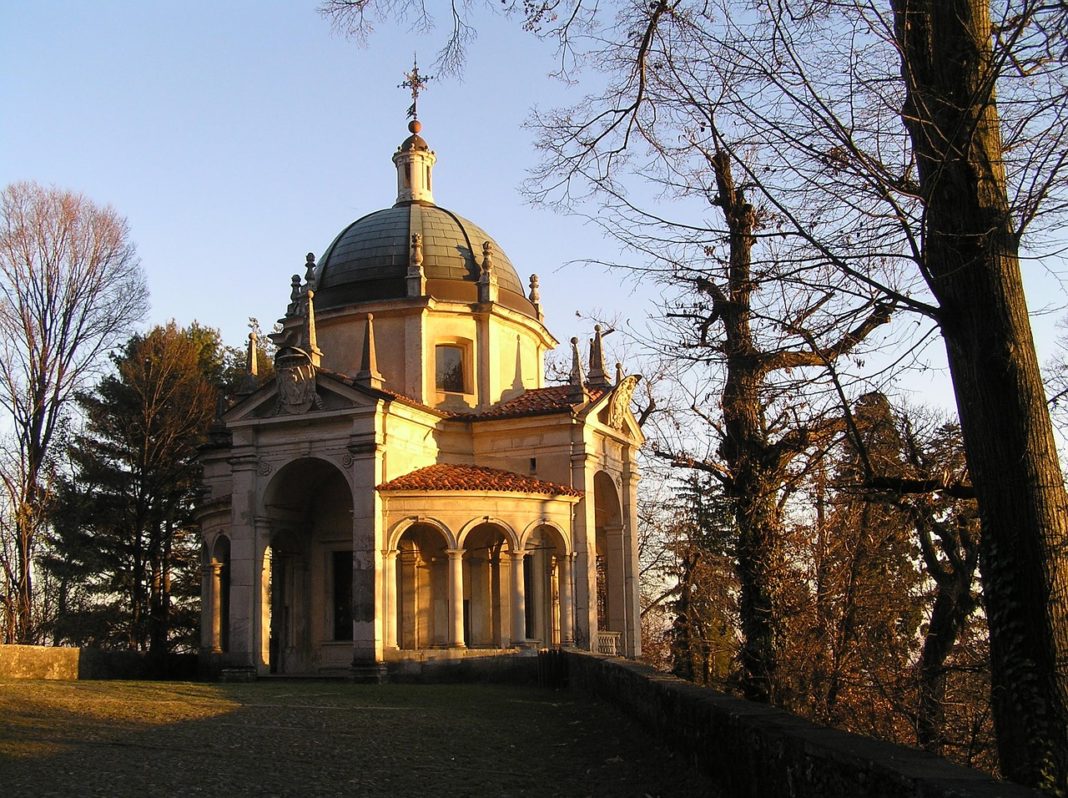 Last month I gave you a little run down of how to enjoy a day trip from Milan, this month I’m going to do the same, only with a different city outside of the Lombard Metropolis. This month I’m going to talk about my adventure to Varese, a city 55 km north-west of Milan with approximately 80,000 people living there, and I’ll say that even though it’s shadowed by Milan, Varese Italy has some of the most beautiful sights you could dream of. So, when you ask yourself where can I travel near Milan? this should no doubt be on top of your list.

What’s the fastest journey time between Milan and Varese by train?

But let’s think about that in a minute, first let’s look at how you’ll be able to get to Varese Italy from Milan. Compared to Pavia you won’t be getting the S-Line to get there (or the Passante, if you’re already used to the city), you’ll have to get on a proper train, a local train to be exact and you’ll be able to get there from Milano Porta Garibaldi, and I’m pretty sure also from Milano Cadorna. The train ride costs €6,10 each way, and you might think hey but this is 2 bucks more than going to Pavia, and yeah you’re right, but when are you going to get a chance to see Varese again? At least you know that once you’re in Varese Lombardia Italy you’ll be able to go from Varese to Milan in just an hour for a long journey.

I want to go from Milan to Varese

Now if you’re already dreaming about Varese from wherever you are, you could actually find flights to Varese Italy, even though the airport is considered to be of Milan, cause Milano Malpensa is actually closer to Varese than to Milan itself, and at that point why not stay in the city finding some cheap hotels in Varese.

You might be thinking, what are the things to do in Varese Italy? Rightfully so, cause why would I send you out of Milan, if you pretty much have everything you need in the Lombard capital? Well, the city of Varese was one of the main locations of the Borromeo family, one of the most important families in Italian history, we’re talking big money, and also big Popes. Born in Tuscany in 1445 the Borromeo family became one of the most important families in northern Italy, they still exist today but don’t detain that much power with the fact the monarchy has been deposed, but I’ll talk about they’re “capital” in another day trip post, so stay tuned. So, because of the wealth, this family brought to the area, you’ll be able to see many beautiful buildings like the Basilica di San Vittore, the Battistero di San Giovanni in Battista, Villa Recalcati, and Villa Mylius. A mixture of beautiful churches and civil palaces that alone are worth the trip. Plus, if you do find a hotel city Varese Italy you can enjoy some Varese Italy shopping and get your hands on an Amor Polenta otherwise simply called the Dolce di Varese, a cake made from corn flour that is actually tres tasty.

Right outside the Center of Varese, you can enjoy the stunning view from the Sacro Monte, an old pilgrimage route that was put together in the late 1500s by Giovanni Battista Aguggiari, as a way to bring more Christians to the Santa Maria del Monte sanctuary. In 2003 it became a UNESCO World Heritage site, and after being there myself I understand why. You can get to the start of the walk by bus, it’s the C bus and it costs €1,40 per ride, once you get there it’s all uphill by foot, but once you get to the top you’ll be crazy amazed about how beautiful the view is. You’ll be really tired that’s for sure, but it’ll be worth it. Plus on the way up you have more than enough reason to stop. Every now and then you’ll find little Chapels with scenes from the Via Crucis, and even if you aren’t interested you get a chance to catch a breather. Getting up takes more or less an hour, this is counting stopping at every chapel on the way, so if you’re more of a see all the sights in one day type of person you don’t need to worry if you just walk up without taking any breaks it’s more like 30 mins.

Another place you should visit in the Varese area is Lake Varese and the best place to check the lake out is from Gavirate Varese Italy. Gavirate is one of those places that has so much history if I even try to describe it, I’m bound to get it wrong, It’s place that you have to see to believe, and really I haven’t seen it so don’t worry I’ll post another article about this place so I can tell you how beautiful it is. Now in the meantime go visit Varese and go Visit Pavia!

Distance from Milan to Varese

It’s not that far at all, it’s only 50km out of the city center, but my advice would always be to take the train at least you don’t need to worry about parking and all of that.