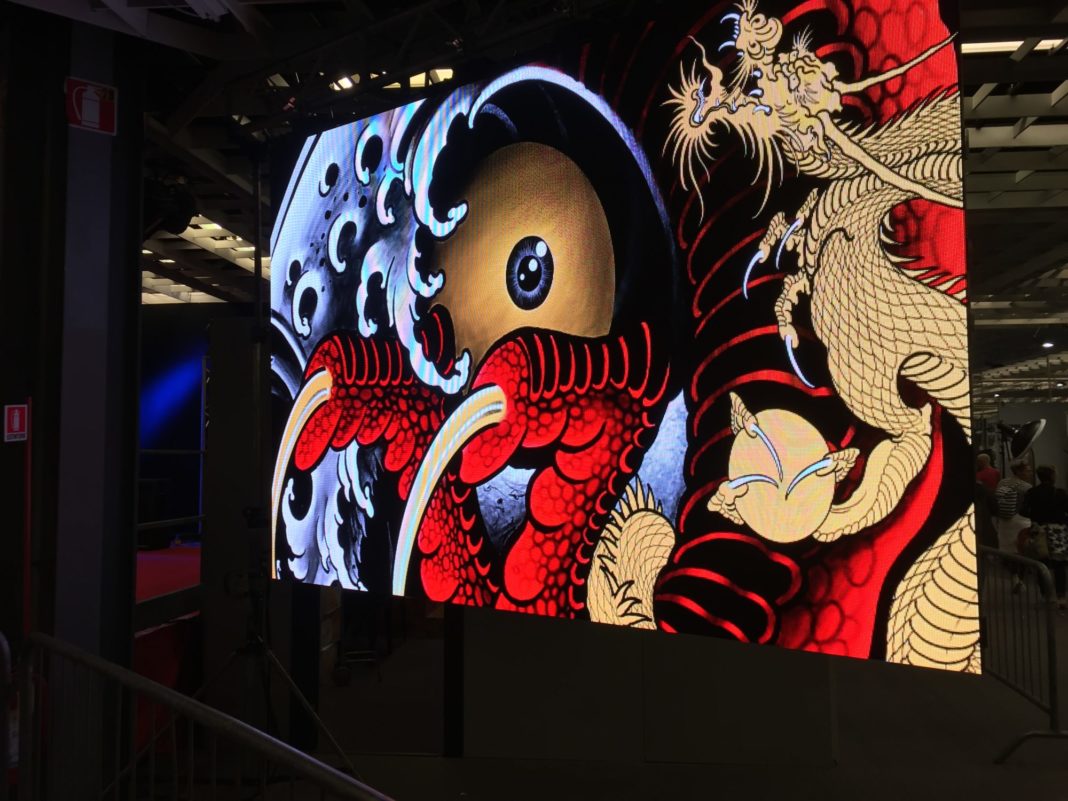 It’s been a year since the last Tattoo convention in Florence, and I always get pretty excited to go. First, because I like to see the wide variety of techniques used by tattoo artists, even though I don’t have that much ink on me, and plus because it’s in the Fortezza da Basso, and it’s always beautiful to see.

Now the Florence Tattoo Convention is almost a staple of the Florentine autumn, you can’t go past autumn without someone saying that they’ll be going to check it out, or maybe even that they have an appointment to get some ink themselves. Last year I was able to see so many people getting tattooed, this year a bit less, but only because I got there really early, so early that the ticket office was still closed (oops…). I could’ve just looked on their website but it was Sunday morning and I was tres tired when I went towards the convention.

Anyway, enough about me not being the smartest cookie let’s talk about what I was able to see. Well, the place is amaze, it’s’ where they hold Pitti Uomo, and I have to say that the tattoo convention crowd is a bit more chilled than the Pitti Uomo one and that for me is a plus. You still have a lot of people, and a lot of pros that show up to show off, but everything felt a bit more relaxed compared to the hectic frenzy of Pitti (Keep in mind that Pitti also hosts shows by fashion powerhouses, so it’s totally understandable that the vibe is totally different).

I saw some great stands like one stand with a great sense of humor erotica tattoo duo, that had a banner of the two of them reenacting the Ghost scene, you know which one, the one where they’re making that pot together, but in this case it wasn’t Cheese-Louise at all, it was just really funny. Also, this year there were a lot more home decor artists than the last edition, and they had some pretty cool stuff, a lot of tribal art, and a lot of that dusty rocker style stuff. But nothing and I mean nothing beats the indoor skate park (I’ll be honest I don’t have any pictures cause when I got there it was just really young kids skating and I totally didn’t want to be that guy).