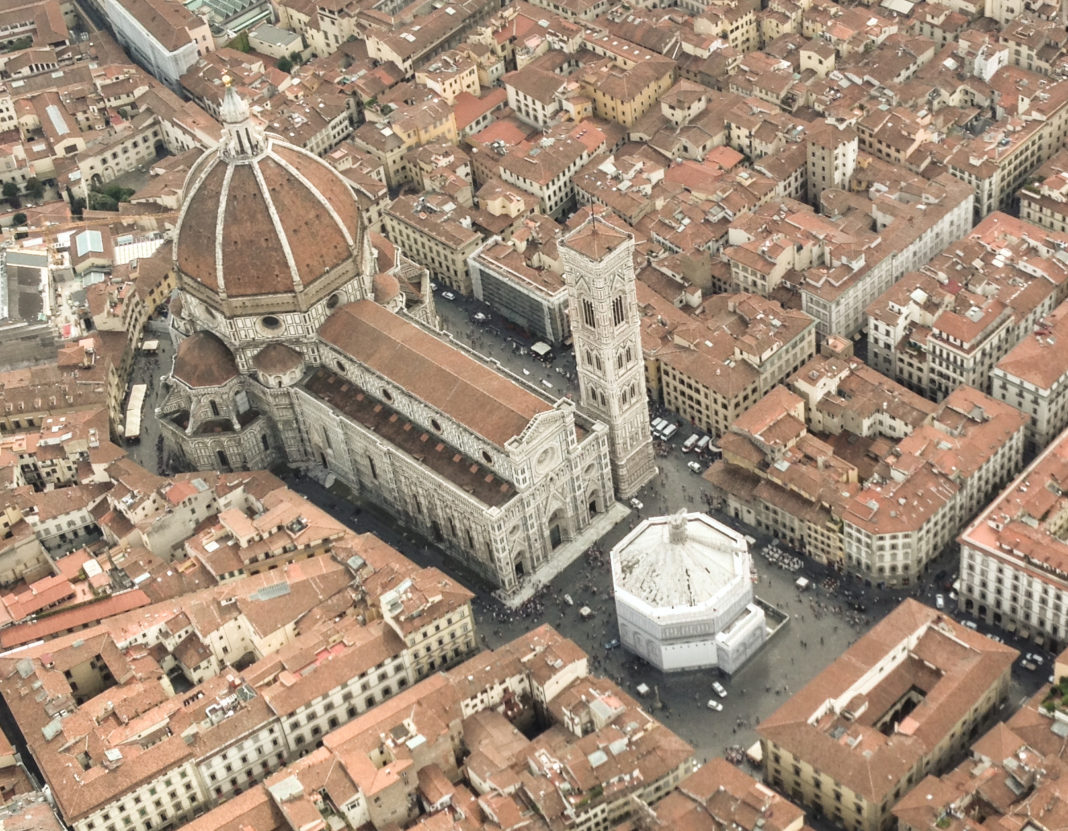 After the catastrophic news that hit the world Monday evening, we thought it would be nice to show various Italian churches as well, not to compare, because nothing can compare to the beauty of Notre Dame.

So as we wait for the refurbishment in 5 years, you can visit some of these cathedrals in Italy.

Pretty small compared to the rest on our list, the Cathedral of Trani was built in 1099 in the Romanic style. One of the best placed Italian church if you ask me. Somebody say Instagram post?

When it comes to beautiful churches in Naples Italy there are too many to talk about. So, we moved the target to an amazing spot closer to the sea, and a bit less crowded. Built in 987 and was originally set to be two different cathedrals, but in the XIII century, they made it one single Duomo.

If you’re a believer or you’re not one, you know of Sant’Antonio from any tv show that has to do with Italian Americans, cause they say his name at least once per movie/show. But, that’s not the point, the point here is the Catholic Church in Italy of Sant’Antonio has a unique collection of styles that anyone interested architecture will love.

Not as old as the rest, probably the “newest” Basilica in Italy. Built in 1717 by King Amedeo of Turin to commemorate the victory over France in 1706 that was besieging the city of Turin. A beautiful Italian church in late baroque style in a mesmerizing environment.

An immense complex that looks more like a castle from the outside than a Cathedral. The Cathedral di Palermo is a very famous church in Italy that was built during the Norman period of Sicily and has a lot of Byzantine influence within. If you get a chance go see one of the largest churches in Italy right in Sicily.

How couldn’t we talk about our own Duomo, I mean it’s one of the main attractions in Italy after the Colosseum. There are hundreds of amazing churches in Florence Italy, but we just want to make sure you can see the beauty of this one again, and again, and again. Plus there are a lot more stock free images of it.

Technically not one of the Catholic churches in Rome Italy, but you know if you’re in Rome you can find it in the Eternal city. I mean it’s just right inside it, even though it’s not Rome anymore. So if you go to San Pietro first know that you’re in Vatican City. Second that this out of the churches in Rome Italy and the whole world is Catholics Central. Where the Big Cheese is.

Now we’re going with the flow of famous churches cause they look so good in the first place. There are many churches in Venice Italy and many Catholic churches in Venice Italy but the main one that you have to see is San Marco. It’s amazing and if you get a chance visit it during Carnival, from the Terrace you’ll get a view on the whole fair that is amazing.

When you think of Milan you tend to think about fashion, aperitivo, and business. Maybe that last one is because I’ve been living here for a while. But you wouldn’t think about churches in Milan Italy, you should though because other than the Duomo there are a lot of different little churches that aren’t as crowded as the Main Event.

A pearl in the Italian church roster. The attention to detail of this church in Siena Italy is what makes it so unique and so important, not only to believers but to art connoisseurs. You have to see it, to believe how much beauty can be in one place.