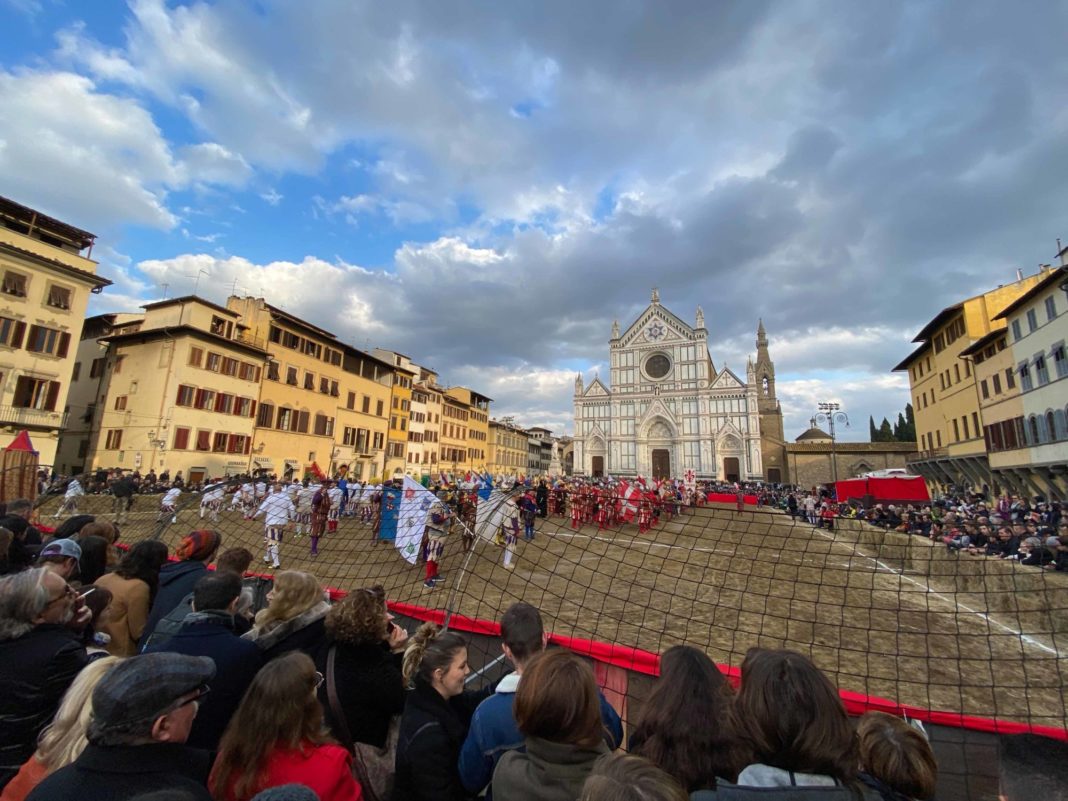 So, I’ve just got back from seeing the Calcio Storico historical re-enactment match between the Verdi and the Bianchi, that took place in Santa Croce Florence. As you know from my previous Calcio Storico posts, you know that Florence has a very in-depth love for this original style of football.

On February 17th, 1530, Florence was under siege by Emperor Charles V. The Holy Roman Emperor stood with his troops along the hills on the side of Piazzale Michelangelo and waited for the Florentines to end their food supplies to starve them out of the city. If you remember Game of Thrones the siege of Storms End is a pretty similar scenario, but alas there was no Onion Knight to save the day.

After a year under siege, the city was finishing its supplies and the government officials were running out of ideas on how to make this fall in their favor. So, they came up with a plan to have a match of “Calcio” in Piazza Santa Croce, which was perfectly seen from where Charles V was waiting.

The Green team of San Giovanni and the White team of Santo Spirito walked the arena and fought a full match of Calcio Storico in Florence and in the end, the winning side (that hadn’t really won, as it was all a show) received a full Vacca Chianina (a cow). Once the Emperor saw this he decided that it was better to leave the hills, as he and his generals fell for the trap set by the Florentines, believing that the city had more supplies than what they accounted for.

This bought some time for Florence, even though if on the 12th of August of the same year Charles V came back and the city surrendered itself to the Imperial troops.

But today was about Florence and bringing about the historicity that comes with Calcio Storico Fiorentino. I was lucky enough to be right behind one of the nets and got some really nice pics to show you.

Before I forget today’s winners of the Calcio Storico in Florence were the Verdi winning 4 to 2 against the Bianchi, but don’t forget that the teams today were mixed and most of the players on the field were of the old guard, La Vecchia Guardia.