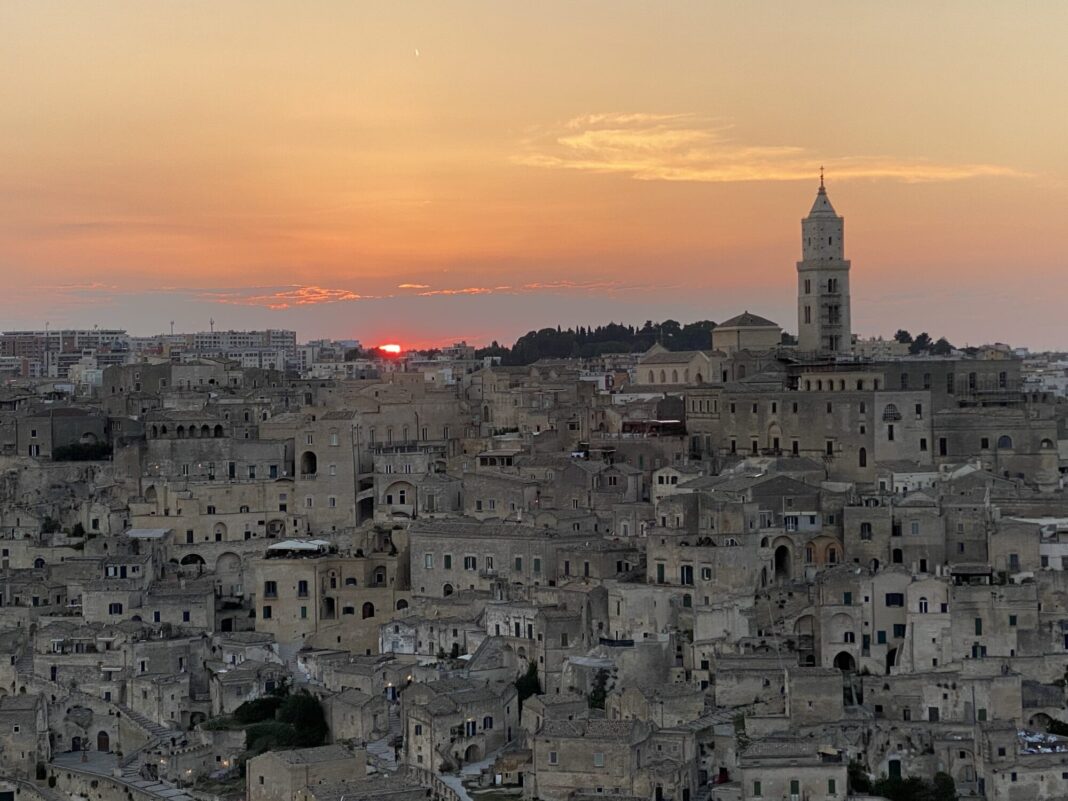 After seeing all the wonders of Campania it was time to move on, not because there wasn’t anything else to see, but because we had to make time to see more and more of southern Italy. We left behind Paestum in direction of Basilicata, and our first stop was the Parco del Pollino a beautiful mountain range where one can see canyons, riverbeds, and woods. All things natural, and with all of that nature comes some great food as well. And you know how much food is important to me. Before I go deep into our experience in the Pollino, I’ll introduce our other stop in Basilicata, the most amazing city you can find in the region: Matera. You probably heard of it, and you’ve probably seen pictures of the city. First because of its unique positioning, and second because last year it was nominated European Culture Capital, so there was a lot of events in the city.

Now let me dissect the two locations we visited.

As I said in the intro the Pollino is a mountainous area, that is also a protected area in the center of Basilicata. The first reason we went is because one of our closest friends that lives in Italy is originally from there and went back home for the holidays. So we thought we’re going down south, let’s go visit him. I have to say it’s the best choice we made, or at least one of the best ones in this trip. As you could imagine the best way to get here is by car, I mean all these post are called “An Italian road trip” so yeah that’s pretty self explanatory, but out of all the places we went to this one is the one you need the car the most. And if you have someone that knows the roads like we had our friend, even better.

Anyway we arrived in the late afternoon and once we got to our hotel we realized that the weather was a bit more chilly than usual, as one would say “no shit Sherlock, you’re in the mountains” and lucky for us we brought some sweaters and that’s all we needed. After showering up our friend came to pick us up and brought us to eat in this amazing place hidden deep inside the mountains, it was and Agriturismo, so being a farm stay for tourist, it also had fresh food every day. And god did we enjoy that food. I still dream of it as I write this post.

After enjoying our dinner me and my gf were knackered and went back to our hotel, so the next day we would be up and early to visit the park with our friend. Now we had to do the quick route cause we also had to arrive in Matera the same day, but nonetheless it was an amazing little tour. Plus our friends parents have him loads of food for us to bring for lunch. And I mean loads, there were sausages, pizzas, desert. I mean let me remind you that we were in three and there was so much food we couldn’t even think after enjoying it. Sorry food distracts me. Anyway we started by Bosco Magno where you find a little waterfall and a relaxed river where we found loads of people having picnics, but this wasn’t our lunch spot, cause our friend had something else in plan for us. We went for a little walk down the river, took some great pics and headed back to the car to go to the Santuario della Madonna del Pollino.

On the way we got a chance to see some cows just munching on the side of the road, and that was pretty cool as well, keep in mind I’m a city boy and always was a city boy, so I’m amazed by these things when they happen. Once there there was one of the best views I’ve ever seen, the landscape was a cluster of mountain tops with such diverse natural beauty. This is where we had lunch, with a view that would make anyone envious.

Unfortunately we had to leave after this lunch, but not before having a little coffee, we’re still in Italy, so you can’t say goodbye without coffee. So, let me rephrase that, after coffee we left for Matera. The hottest car drive we ever endured.

As I was saying the drive to Matera was like going down the Highway to Hell, no air, no wind, and a gazillion degrees outside. It was pretty hellish. Luckily once we arrived the location was so beautiful that we forgot everything about the drive over. Matera is a city that was built in the rock, literally, the quarter of the Sassi is all “caves”. I’m putting it brackets cause they aren’t random caves that people found, but rather built within the rock.

We arrived around 6 pm and our friend from Pollino told us about one of the best places to see the sunset in Matera. We listened, I mean how couldn’t we, the guy brought us to some of the best views on our journey in half a day. Right after the Chiesa Rupestre di San Falcione there’s a parking lot we’re you can see all of Matera with the Sun setting behind it, lucky for you I’ve got pics.

Once we enjoyed the view of Matera it was time to go find something to eat and lucky for us we found a spot in a square real close to where we had our room, the square was real nice, and we enjoyed some aperitivo style dinner, with some cold cuts and peperoni Cruschi. But here is also where I found my worst culinary enemy oven cooked black olives. Oh god, I usually like olives, but this was something I will never forget. I still taste them while I’m writing this and I can’t tell you how that is making me feel.

Anyway after washing away the trauma that those olives gave me it was time to crash in bed, because the next day we had a tour of the Sassi with a guide. That gave us so much info on Matera that it was a little hard to follow, but let me give you a run down of what I remember:

Matera is the third oldest city to be continuously inhabited, the high location of the city was great to keep away dangerous animals, while the valley below was superb for agriculture and animal husbandry. As time went on hand humans started to wage war against each other if I’m correct around the Bronze Era, Matera was a prime location because of it amazingly well defended location, so who had Matera was the King, the Basileus, thus the name of the region Basilicata.

It’s in this period that people started to build within and outside the caves, making homes out of the Sassi. Who was in the lower part of the city was of a lower caste, who was higher up was usually a noble. This wasn’t simply because of a visible hierarchy, but also because with the region being quite dry, water was preserved from the rain. So who was higher up had cleaner water compared to who was lower in the town. Keep in mind that this wasn’t water that was used to drink, rather to clean and wash.

Now, after the war the Sassi had to be cleaned out, this is because of the unsanitary conditions in which people were living for the time. If you walk around the old Sassi no one lives there, it’s pretty odd, because you have a very lively city on one side and the other is a ghost town. Lucky for us our guide let us into one and showed us how people used to live in them. I’m 100% sure that I’m leaving some info out regarding the Sassi, but my brain is so full of info at the moment that it’s a miracle I remembered half of the stuff I wrote, at least you can look at some pics and enjoy it.

Unfortunately we had to leave right after the tour, but lucky for us it was time to go and enjoy the beautiful beaches of Salento. But you’ll have to wait a bit to hear about that.