Home Living in An Italian road trip – Archeology and Amalfi 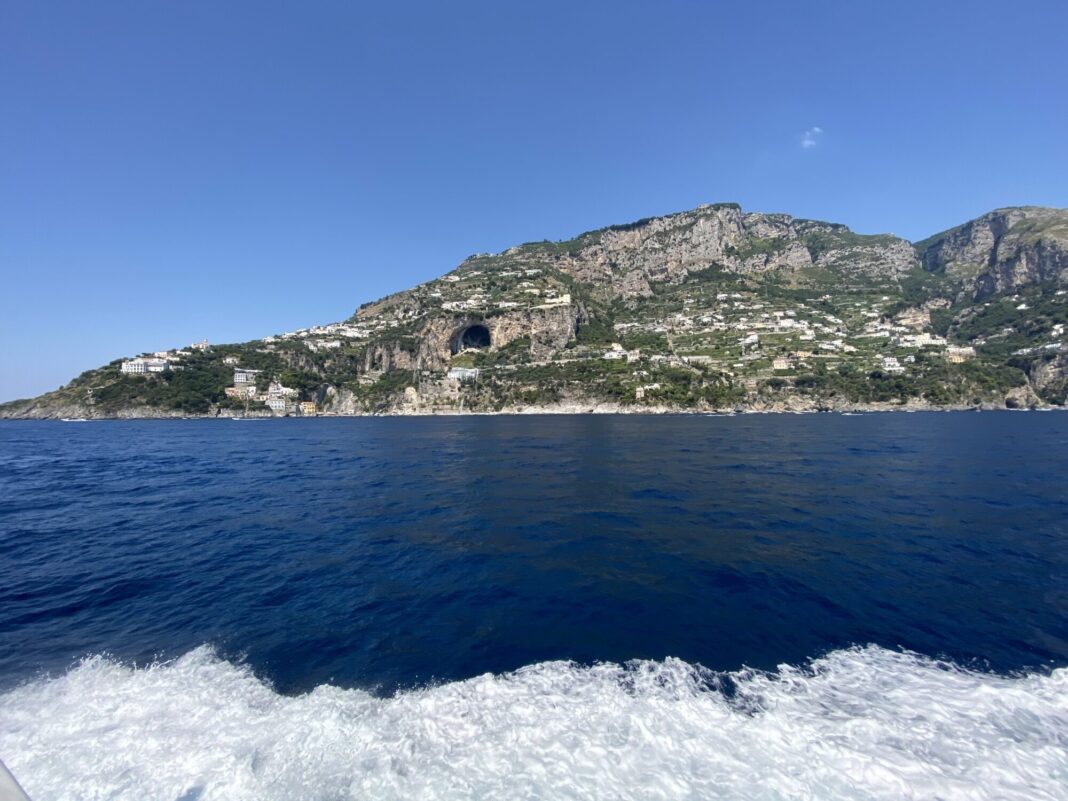 After trying to see most of Naples in 3 days it was time to leave the city and go towards our next destination, Vietri sul Mare. For those that don’t know Vietri it’s the last town of the Amalfi Coast. Ok’ing from Naples that is, not from Salerno, in that case it would be the first. Anyway we went towards the world renown Amalfi Coast. But we couldn’t go down from Naples without passing by the city of shattered dreams, Pompeii. As you can see we tend to visit as many things as possible in the least amount of time.

The lost city of Pompeii, the Atlantis of fire. (Man that’s poetry) one of the thriving Roman cities of the Southern Coast destroyed by the Vesuvius, that even though brought devastation to the city it’s only thanks to this volcano that today we are able to visit the archeological site and find a full Roman town preserved as was. For Roman buffs it’s a must on your list. You can’t think about even going to Naples, or Amalfi and not think about visiting Pompeii. It’s the best way to understand what Roman life was like, because yes Rome was the capitol, but it’s also inhabited so many things aren’t OG Roman period in the city anymore. Anyway the odd thing about visiting Pompeii in 2020 is the fact that many locations are closed off to the public, due to tight areas, and restoration, but mostly for social distancing. So yes we we’re able to see the main attractions like the amphitheater, but couldn’t walk it’s halls.

Now as time is passing on, hopefully you’ll be able to come along and visit the lost city, but in the meantime go on and read about our next stop in the Amalfi Coast

Everyone knows about the Amalfi Coast, even you with your head down looking at this screen that’s thinking “Nope, never heard of it” have seen it in some movie, ad, or picture. It’s one of the most visited locations in all of Italy, by Italians and Tourists alike. We arrived in Vietri after a full day of walking through Roman ruins in Pompeii and spent three nights there.

As you could imagine the first day we arrived in Vietri we didn’t have the energy to do anything so we had a nice dinner in this little square called Passariello (that’s pretty jokes for us cause on of our friend’s last name is Passariello) and after that collapsed.

The second day we were there we finally went for a well deserved beach day in Vietri eating nice and heavy Italian sandwiches on the beach and swimming in some of the nicest waters you can find in Italy.

Day three was dedicated to visiting the Amalfi Coast. And this is we’re the odyssey begins, we knew that taking the car would’ve been a hassle, not only the Amalfi Coast road is pretty tight, but it was the beginning of many Italians holiday season, so traffic was going to be a mess. We decided it was going to be a great idea to go by bus, and everything looked like it could’ve worked out for us, until we arrived at the bus stop and forgot that because of COVID-19 public transport has select seats it can give out, thus the bus was already full. Lucky for us Vietri is very close to Salerno and Salerno has a major port in it. This was our life saver cause we were able to visit all the Amalfi coast by ferry. And I’ve got to say there are few things that beat visiting the Amalfi coast by sea. Leaving from Salerno Concordia to Positano at 10.40 am, then from Positano to Amalfi at 3.30 pm, and finally from Amalfi to Salerno at 7.10 pm (the last ferry) we were able to visit everything without rushing about. And in Amalfi we also got to see the Duomo I talked about in this post on churches to visit in Italy. I have to say it was worth all the stress in the world. Once inside pay the extra money to visit the Crypt and the Duomo’s courtyard. You won’t be disappointed.

Now usually I would end the post but that could happen only if the journey was actually over. Alas, that isn’t the case. After leaving Vietri on our way to Basilicata, we stopped in another Archeological site. Paestum.

The archeological site of Paestum is pretty small compared to Pompeii, but the most fascinating thing there is, is two Greek temples that are pretty well preserved. They’re the best preserved Greek Temples we have in Italy. In case you didn’t know the southern coasts of Italy were conquered by Greek settlers in the pre-Roman era creating the area known as Magna Grecia. In some areas of the south you still have people speaking Greek and that’s pretty amazing thinking that is stayed for all those years in tradition and culture. Anyway Paestum is defo worth a visit, it’s a quick visit for something you won’t forget.

Now I’m really done, the history and seaside journey ends today, but I’m sure you’re wondering what will happen in the next episode of this Italian road trip.