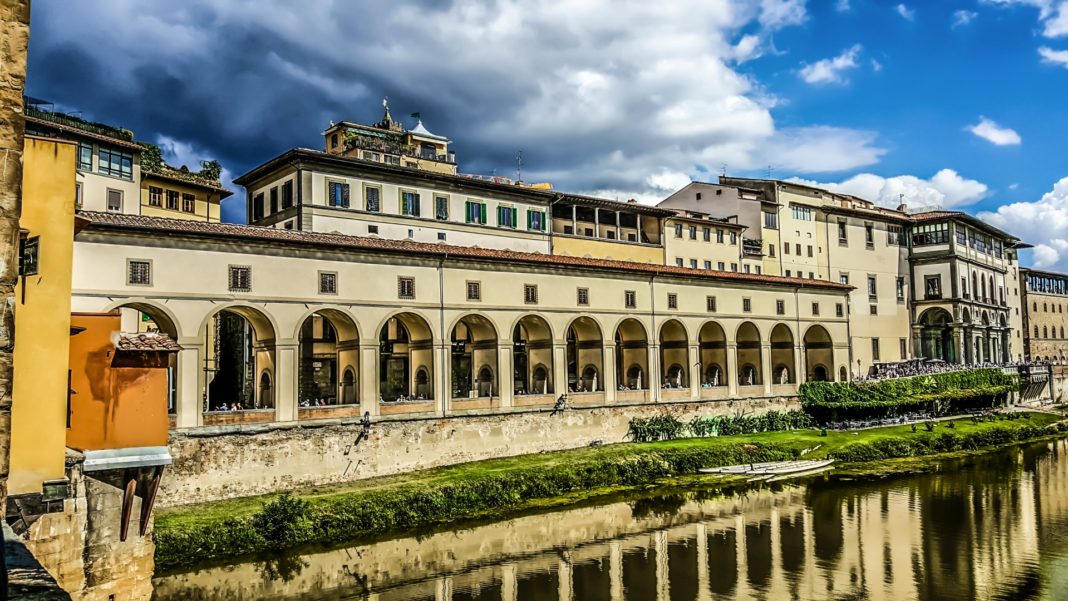 One of the most important galleries in the world is in the city of Florence, and if you haven’t heard of it before, then why are you even coming here (jk jk). The Uffizi Gallery is probably the most important stop in Florence because it is here that you get a real chance to understand through the various art pieces how Renaissance came about. It’s through the evolution of artistic styles, and investment that the city of Florence, became the first to live it’s Renaissance out of the Dark Ages. 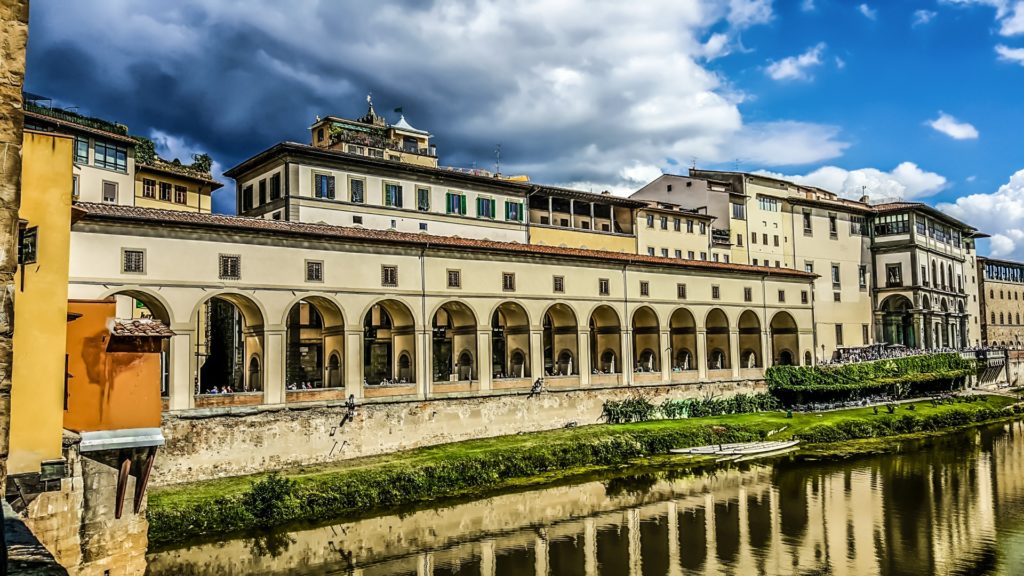 In the area of Piazza Signoria, you’ll find the Uffizi Gallery Florence, it is here that during the Renaissance the Medici family, would have its ministers and public officials work from (thus the name Uffizi “offices”). Only in 1581, with the masterful hands of Alfonso Parigi and Bernardo Buontalenti, did we see the first art pieces being added to the Uffizi when the top floor was decorated with Roman sculptures to entertain the Medici and their guests. 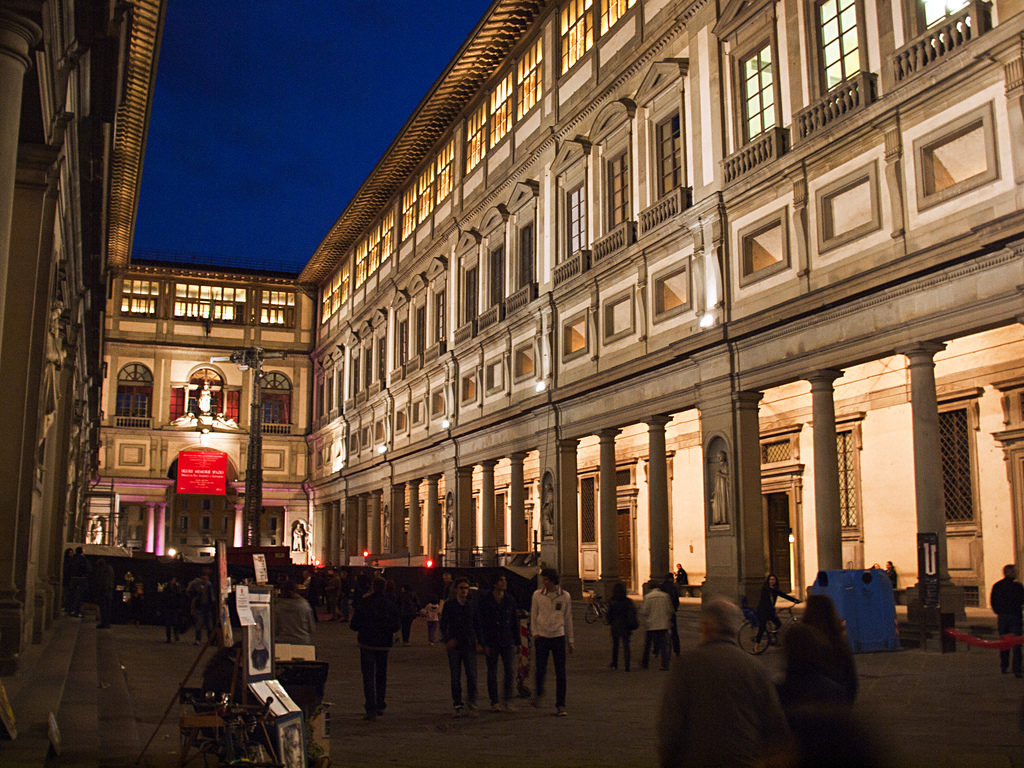 Not only did the experts prior mentioned work on the Uffizi, but so did Giorgio Vasari, a very important figure in Art History. It is he who designed the Corridoio Vasariano, a secret passage that goes from Palazzo Vecchio all the way to Palazzo Pitti passing over Ponte Vecchio. He is also the mind behind the beautiful streetscape that frames the Arno in the Courtyard of the Uffizi, and the only man who wrote about the greatest artists of the past in the Lives of Artists, where he mentions the life of Da Vinci and Michelangelo.

Now no more history lessons, but you can no doubt show off when you visit the gallery with friends or the tour. Now let’s actually help you out with the info you need to know about when visiting, cause nothing is more frustrating than going to the Uffizi Gallery and finding out it’s closed (I know cause this happened to me). 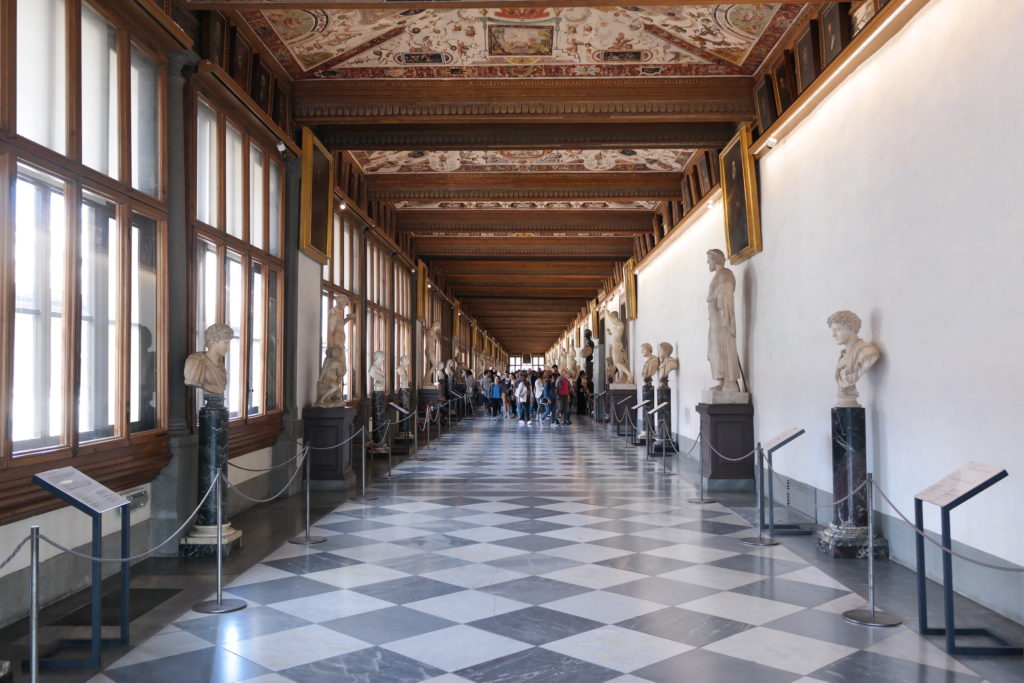 Keep in mind that the Uffizi Gallery hours for the ticket counter have the sale finish at 6:05 pm and they start to kick you out around 6:35, so get there early cause when I said it was one of the biggest galleries I mean it.

So, now you’re thinking you wanna go but you really aren’t’ the type that likes to wait in line and wait hours on end, no worries the Uffizi Gallery official site has thought about everything, you can just visit the website and click on Buy Tickets and pick a day and time you wish to go. On the Uffizi Gallery tickets official website, you’ll also get a chance to decide if you want to reserve an audio guide or a tablet video guide to help you learn the most on your tour. Plus, don’t worry about the queue, cause you’ll be on the shorter one (yep they say you skip it, but a lot of people are on that line too, but it moves a lot faster). 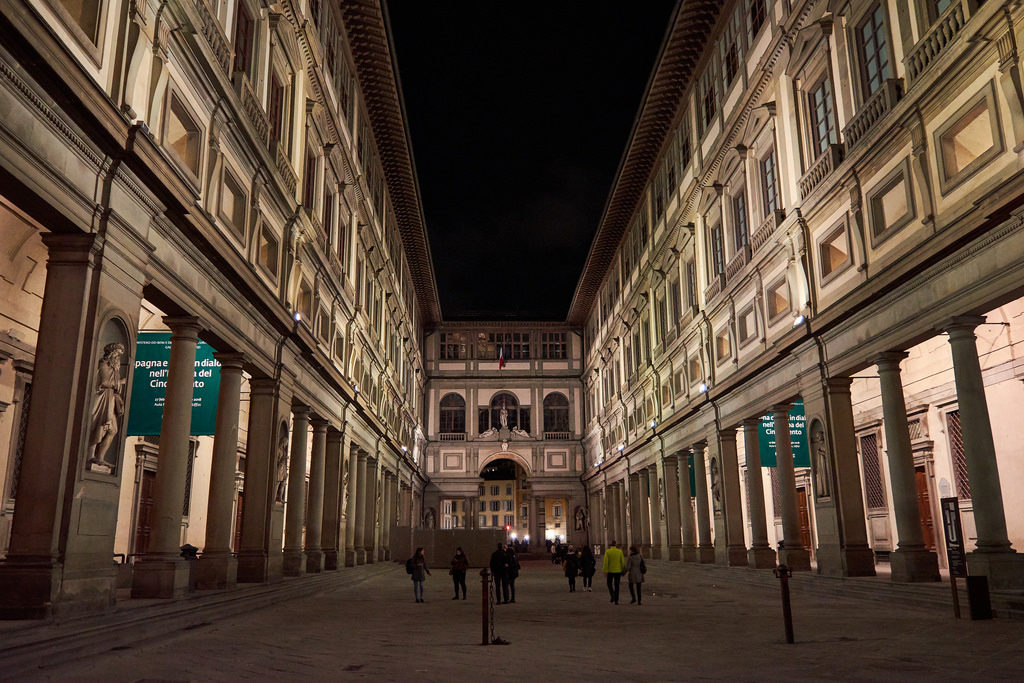 Ok, so you’ve got the basic history down, and the timing, so what else do you need to know? I’ll tell you what you’re missing. The most important masterpieces in the gallery, your mini What to see in Uffizi gallery guide.

What to see in Uffizi Gallery

Now keep in mind that this is just a quick rundown of the star players in the Uffizi Gallery. We’re talking about Botticelli, in here you can find the Birth of Venus, the Primavera, and the Adoration of the Magi, Leonardo Da Vinci, with his Adoration of the Magi, Annunciation, and Baptism of Christ. Paolo Uccello and his Battle of San Romano, Caravaggio with his Medusa, the Sacrifice of Isaac and Young Bacchus, these are some of the most important things you do have to see in the Uffizi because you’ll regret it, I mean we’re talking about some of the most important pieces ever. 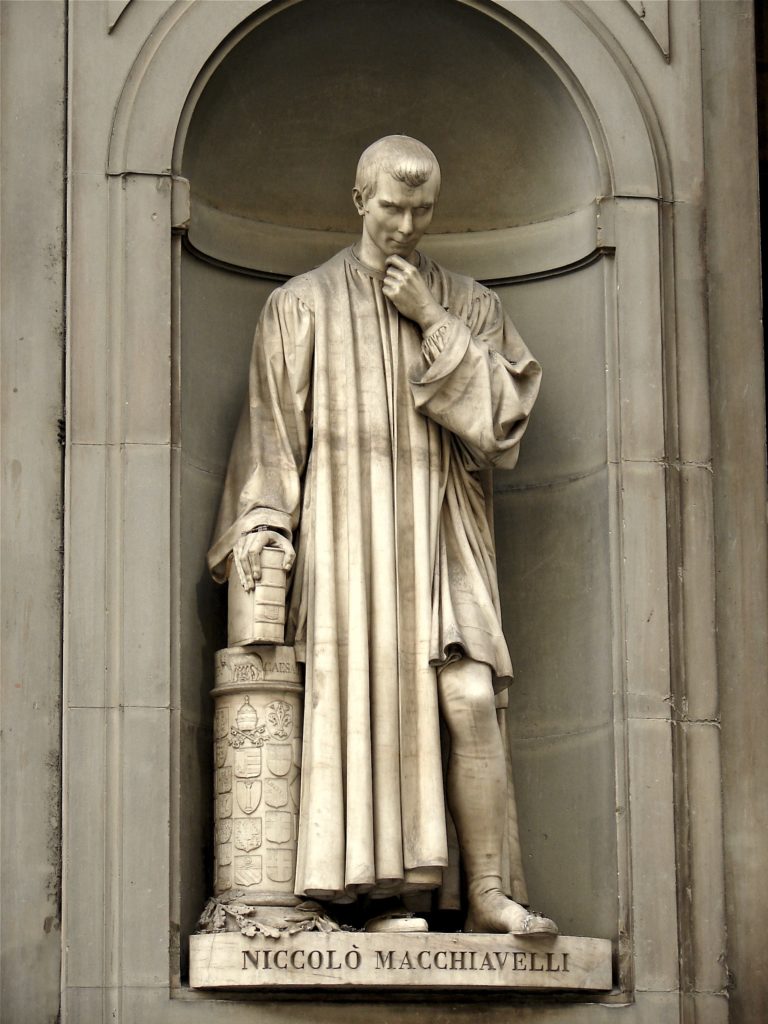 Alright, so you have everything you need to go in to the Uffizi and make as you’ve been there before, but what if you’re looking for hotels near Uffizi Gallery Florence, well that’s not our thing we at StudentsVille are more of the cozy apartment-style people, and so maybe with us you’re more about looking for comfortable accommodation near Uffizi Gallery, see so much better amirite?