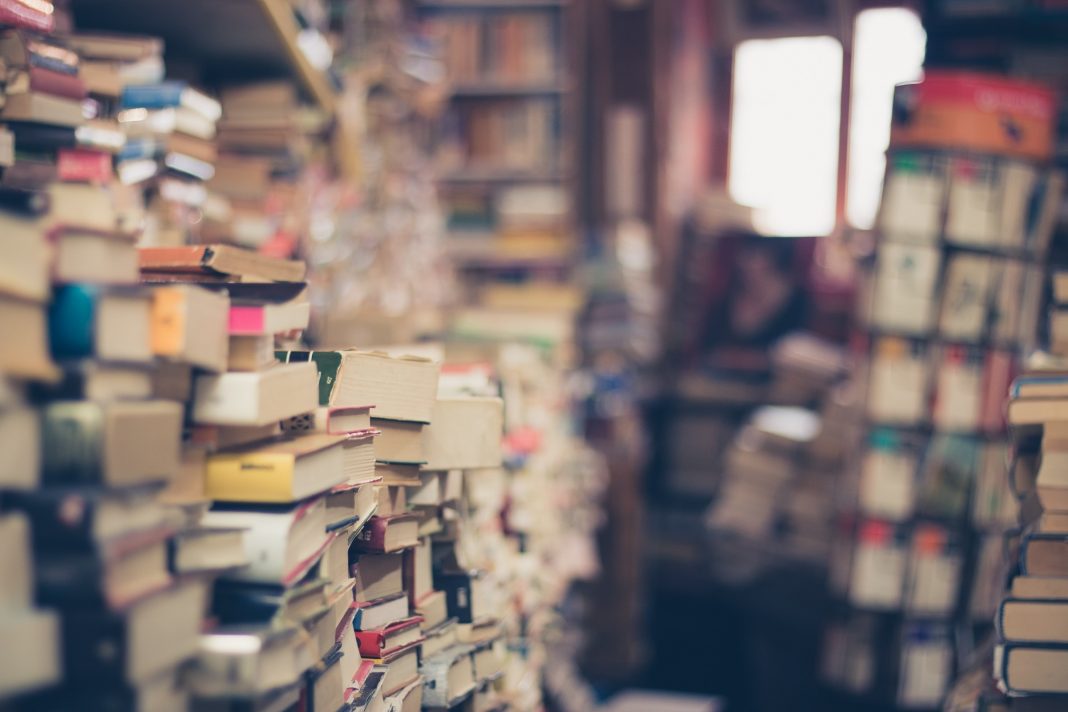 So you’re here to study and I still don’t know why I didn’t write anything on libraries. I mean it’s where I personally spend most of my time to work and also just have a relaxing day away from screens and distractions.

Anyway, there are so many Florence public libraries there is no way we’re gonna add all of them. But we will be adding all the most Florentines ones so you can feel not only the beauty of the locations you’re in but also a part of the Florentine picture. So, here you’ll find a Florence Library list to go and do what you need to do. No worries we’re adding the Florence Library hours as well. 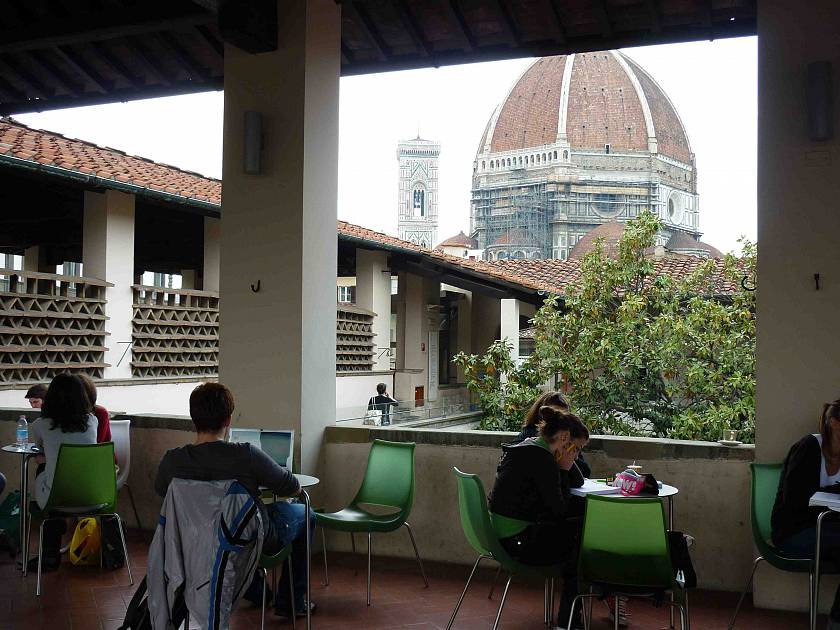 The Biblioteca delle Oblate is (as most of the libraries in our list) in the center of Florence, right between the area of Santa Croce and San Giovanni (aka the Duomo). It’s perfect location, between most of the liberal arts universities of the city, makes a great hub for students, plus the bar on the terrace of this Florence Public Library makes for a great aperitivo/coffee spot, cause not only do you have everything you need in one spot, but also you have an amazing view of the Cupola right there in front of you. 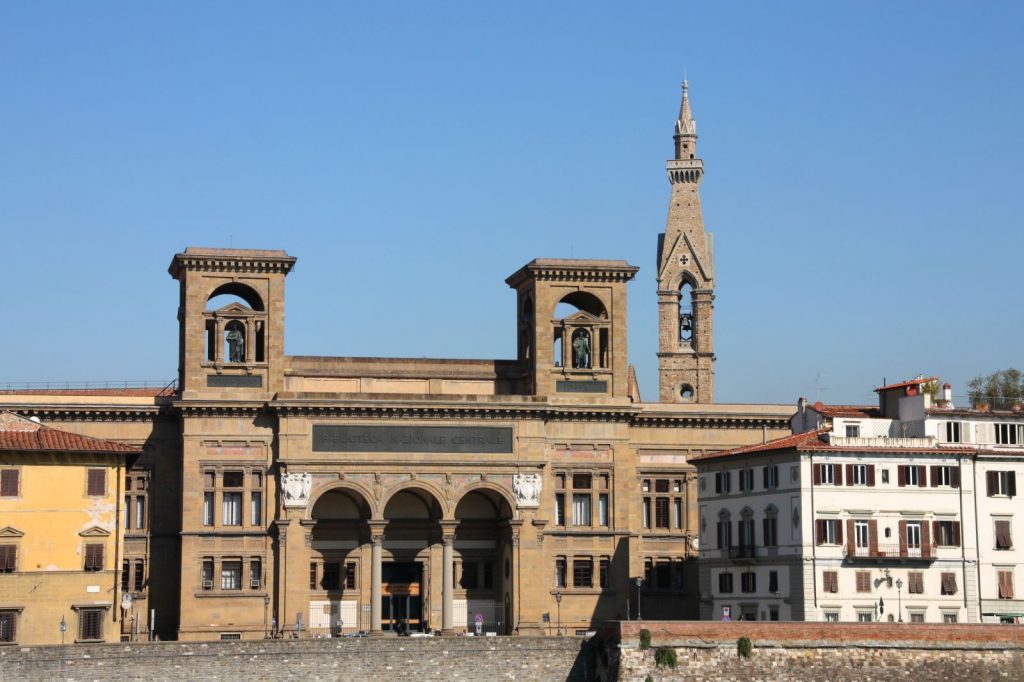 One of Italy’s most important libraries, built in the period right before Florence became capital of Italy, the Biblioteca Nazionale keeps the most important period pieces of the country. One thing that is very important to know about the National Library Florence, aka “La Nazionale”, is that during the flood of 1966 most of the rooms were flooded because of its location, but thanks to strong volunteer work from all over the world, most of the books were recovered. 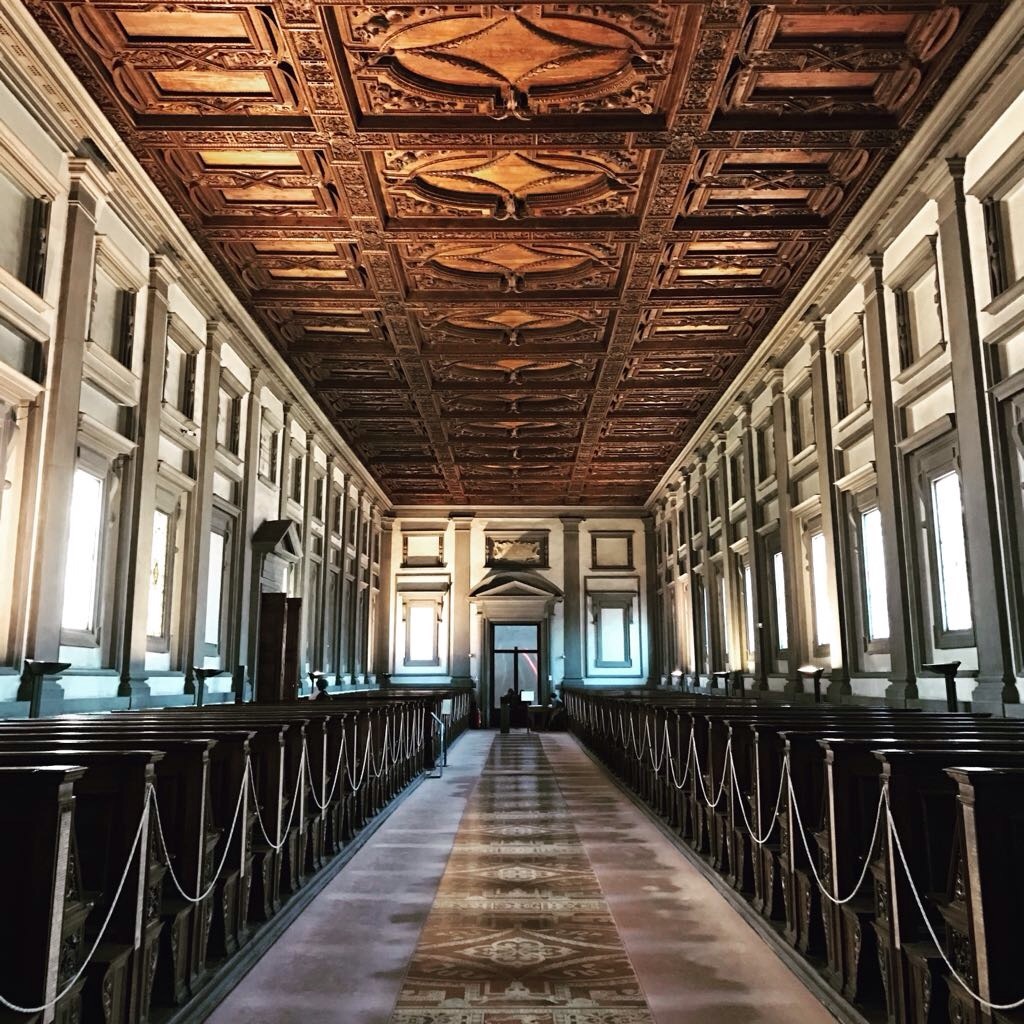 One of the oldest libraries in the city, the Laurentian Library was designed by Michelangelo between 1519-1534, it was financed by the Medici Pope Clement VII, as to show the world that the Medici surpassed the class of merchants, and became part of the higher classes of society. Its splendor is immense, and maybe you’ll find yourself too distracted by its beauty to study at all. 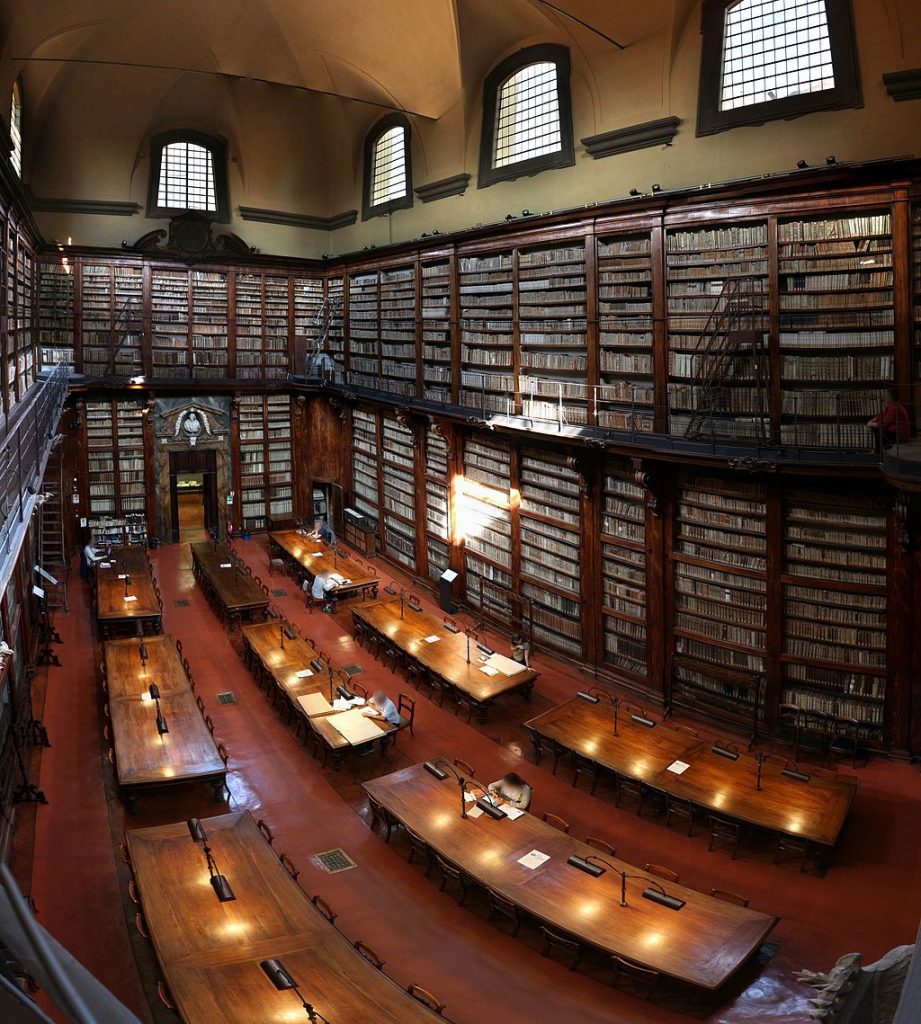 Another of the most frequented libraries in Florence, the Biblioteca Marucelliana is used for more serious studies compared to the Biblioteca delle Oblate, not that you can’t study as well, but there are a lot fewer distractions in this one. It’s located near Piazza San Marco (where you probably got a couple buses during your visit) and was requested by abbot Francesco Marucelli to open a place where the lower classes that weren’t illiterate could learn and have access to knowledge. 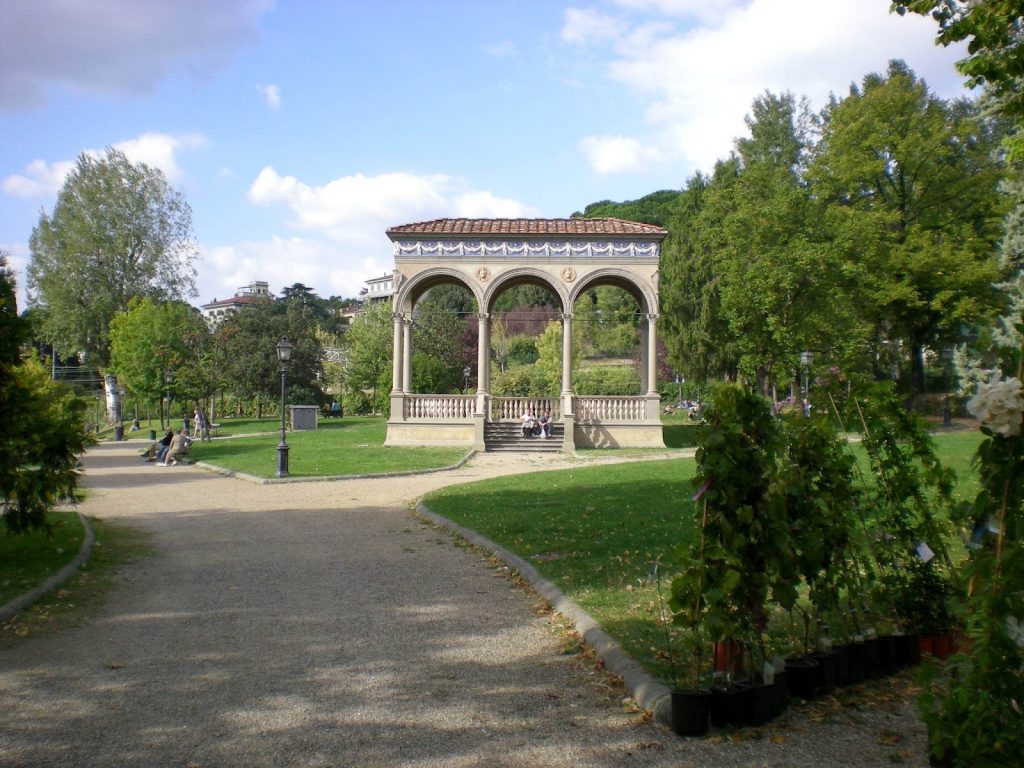 The only library that isn’t strictly in the Centre of the city, the Biblioteca Orticoltura, is located right outside of it — no need to worry it’s only a 20 min walk from San Marco — The best thing about the Orticoltura, is not only its silence and collection of book, but also its location within the Orticoltura public garden, so when you need a break go and get some clean fresh air. 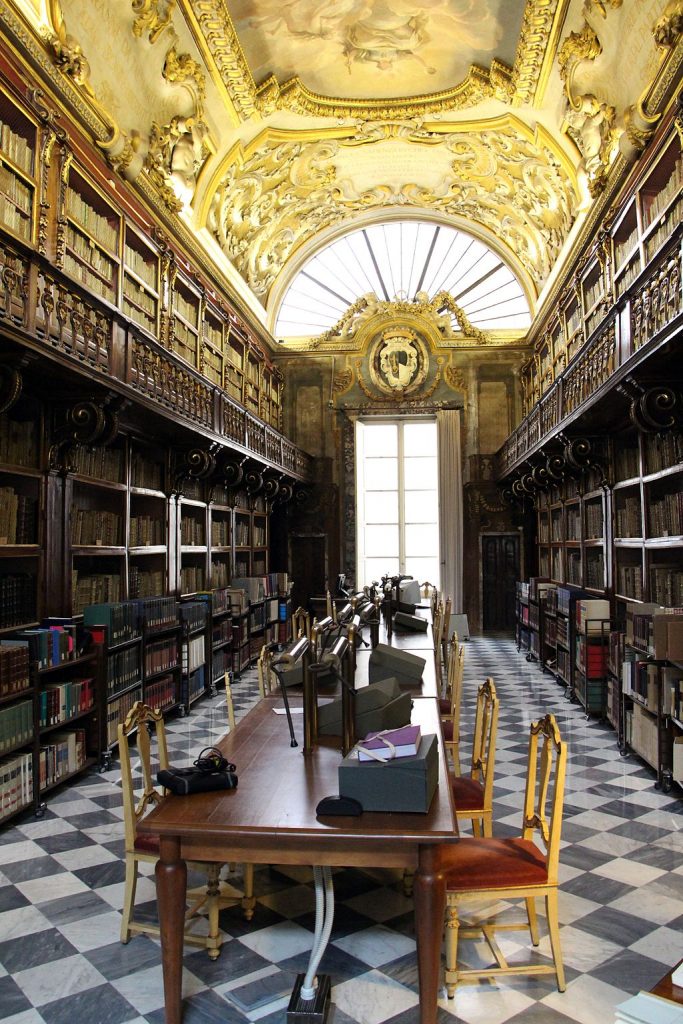 This Florence Library is an architectonic masterpiece, I mean we’re talking about some crazy designs inside of it. Located within Palazzo Medici Riccardi, this Baroque masterpiece is an amazing site to see, even if you don’t need to study at all. Within there are some of the oldest copies in Florence, so you can just imagine being in the same room as a manuscript by Machiavelli. 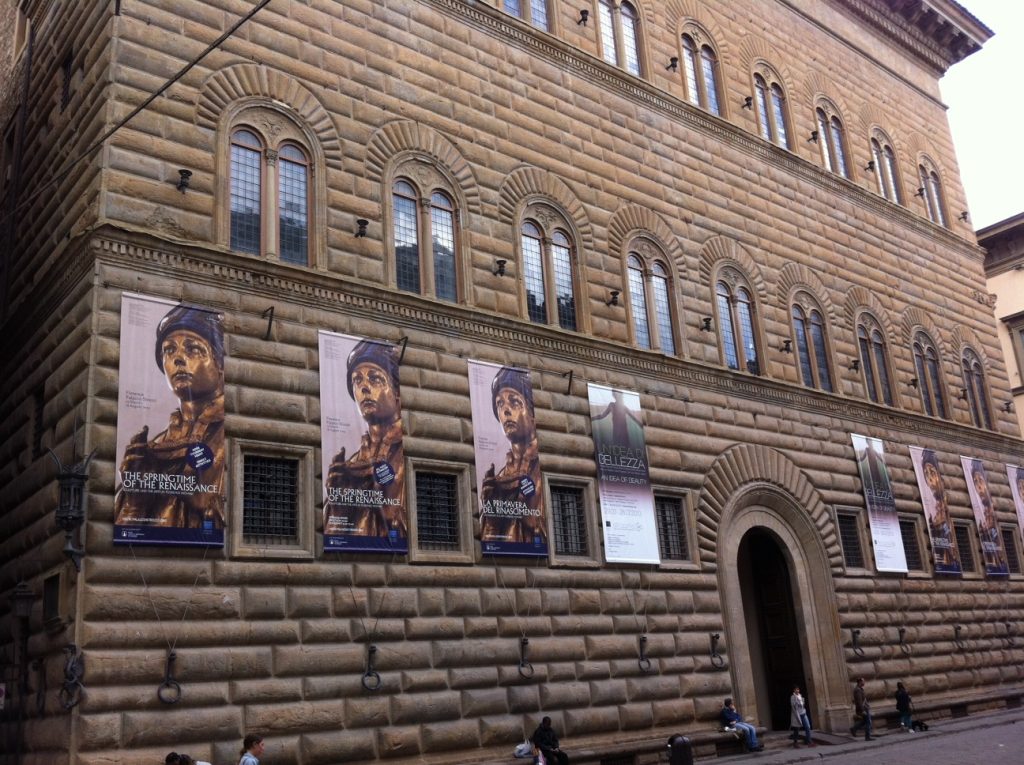 Florence’s first international cultural hub opened in 1819 by Giovan Pietro Vieusseux, it held some of the most important European pieces of literature of its time, making it a place to meet with thinkers from all over the world. To name a few (at least you can brag about it) Schopenhauer, Dostoevsky, Mark Twain, Emile Zola, Kipling and Aldous Huxley.

So now you’re about to land in Florence for your studies, whatever they may be, and you also know where you can go to study if you’ve been getting too distracted in your apartment.