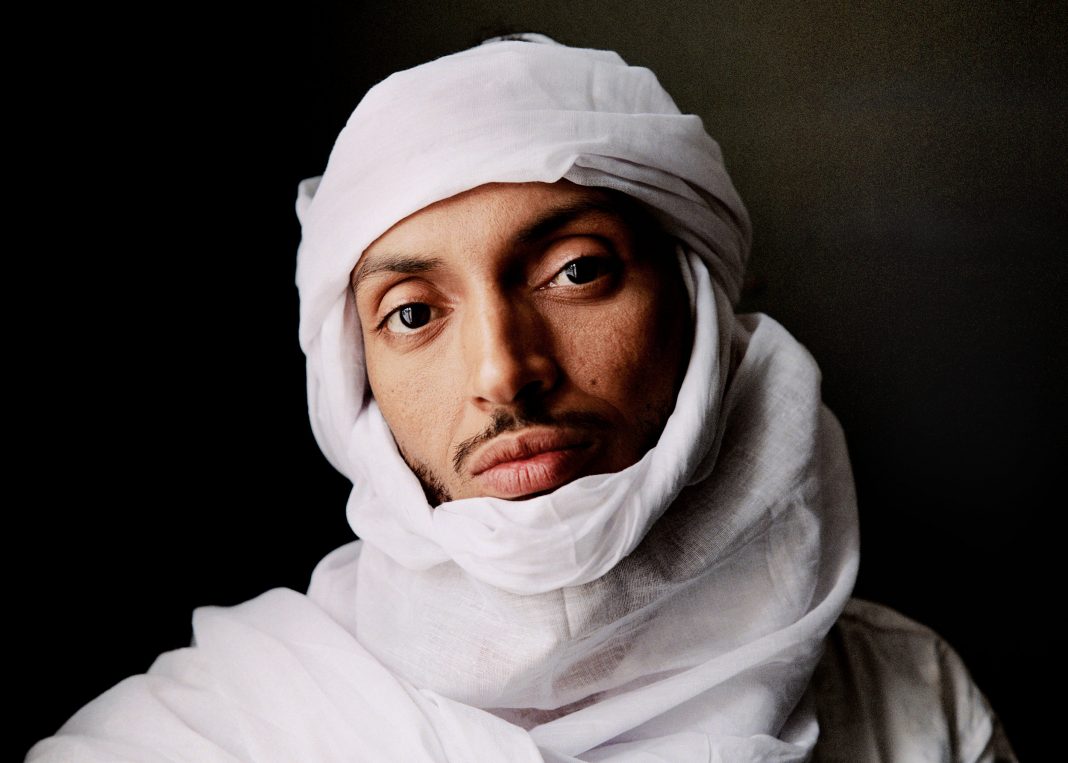 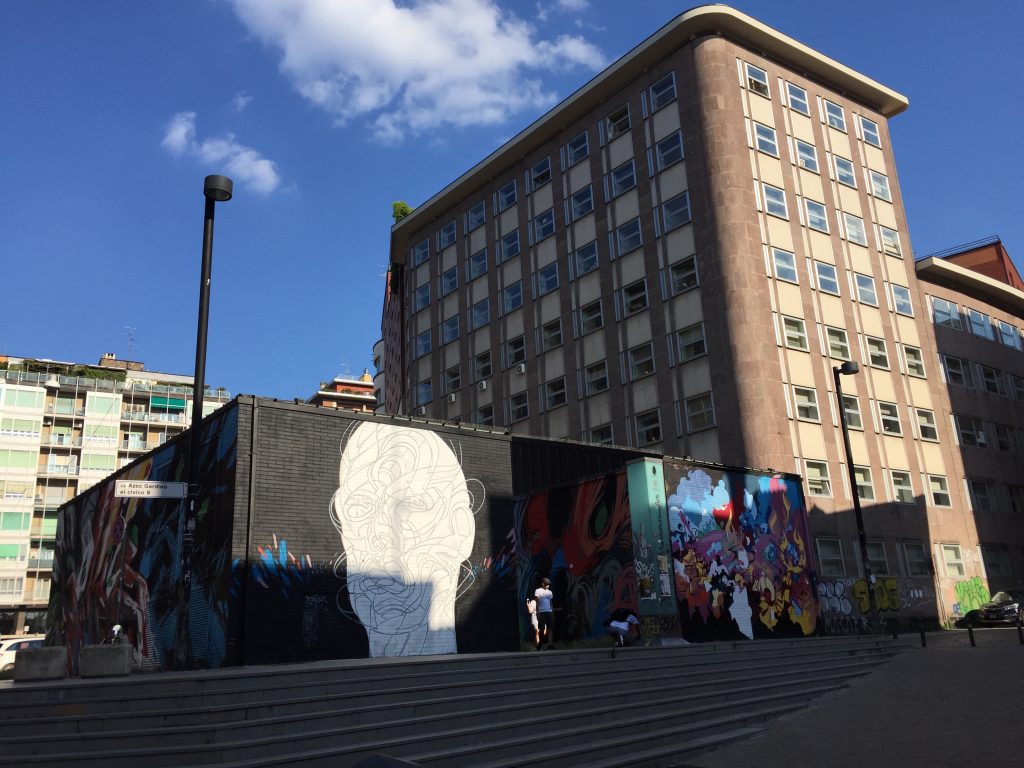 Saturday was a good day indeed, we had the chance to go on a little walkabout Bologna cause of the Biografilm Festival at Parco del Cavaticcio, defo a thing to check out if you’re gonna be in the city until the 22nd. So we found out that Bombino was playing for free at this festival —the festival itself concentrates on film and you definitely go see some of the reels they show— and me being a crazy Bombino fan had to go see him, he’s a great guitarist and you’ll no doubt love his work. Anyway, we decided to go to this gig but didn’t want to sleep in the city so we organized ourselves in the best way possible to go, enjoy an aperitif, see the gig, and get back to Florence. Luckily this was doable and in no way a hassle.

Myself being extremely organised decided to wait last minute to get mine and girlfriends’  tickets to get to Bologna (keeping in mind we already bought our return), and after a rush on the Trenitalia app and the Italo app, we were extremely lucky to find a direct that would get to Bologna in 30 mins for 23€, now that is cheap baby. Obviously, the train was late, but hey I’m not complaining we kept in mind that was gonna happen and wanted to get there for 5.30 where we were gonna meet some of our friends that came up by bus. 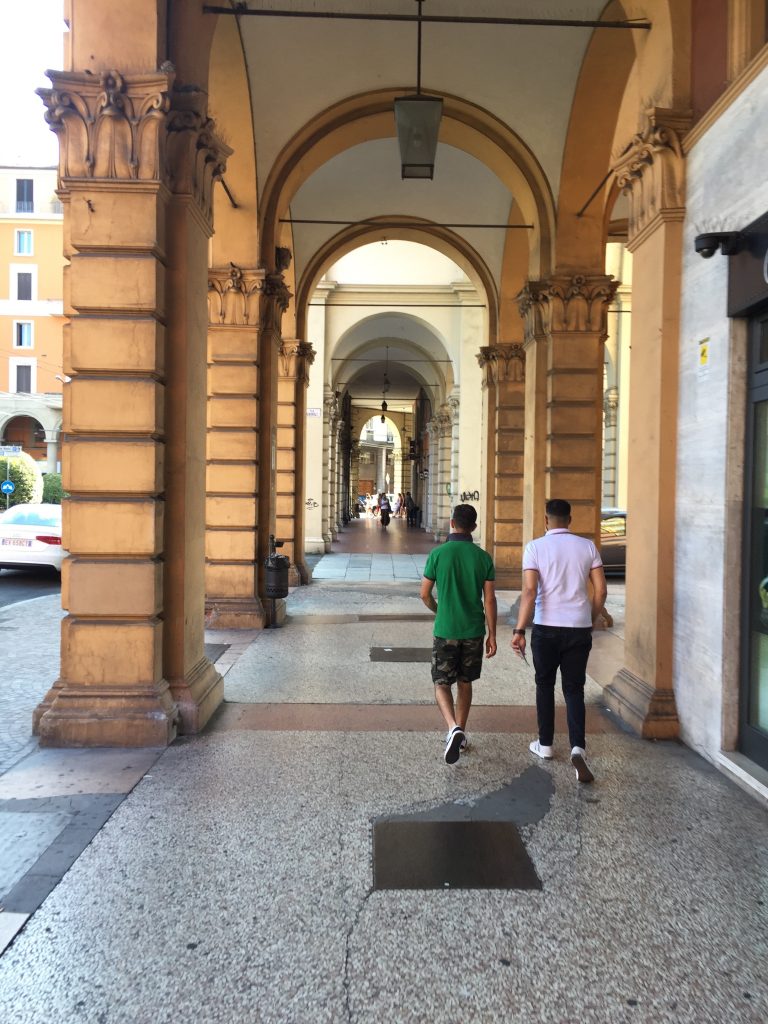 Now, I’ve been to Bologna only on another occasion, and it wasn’t for pleasure, so I actually had a chance to see it during the day. I mean I only saw the front of the station and the walk to the festival, but I can tell you that it was pretty nice nonetheless. Full of archways — aka Gallerie — antique buildings — like every Italian town — and greenery, I mean so much green. 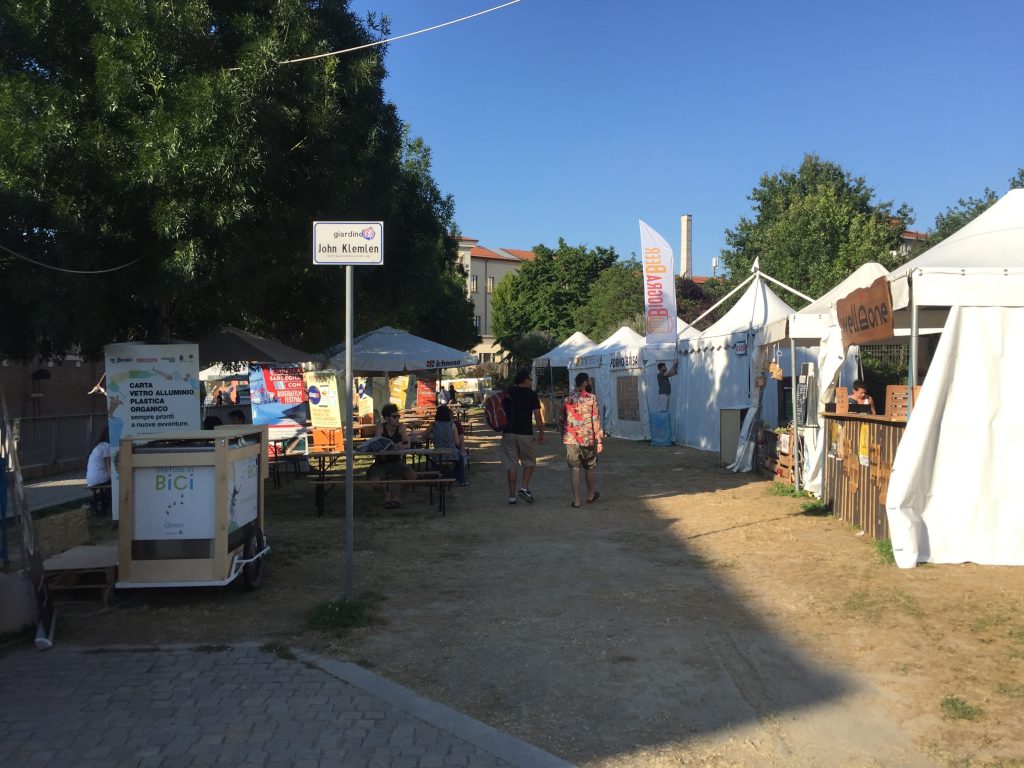 Once we got to the Parco del Cavaticcio we realized we were there a bit too early, so we thought why not find a supermarket to grab some cheap beers (hey, no judgment festival going implies knowing how to cut costs) and some snacks to have ourselves an aperitivo like real Italians. Unfortunately for us, all the beer they sold in the supermarket was nice and warm, so yeah we only picked up snacks and munchies. 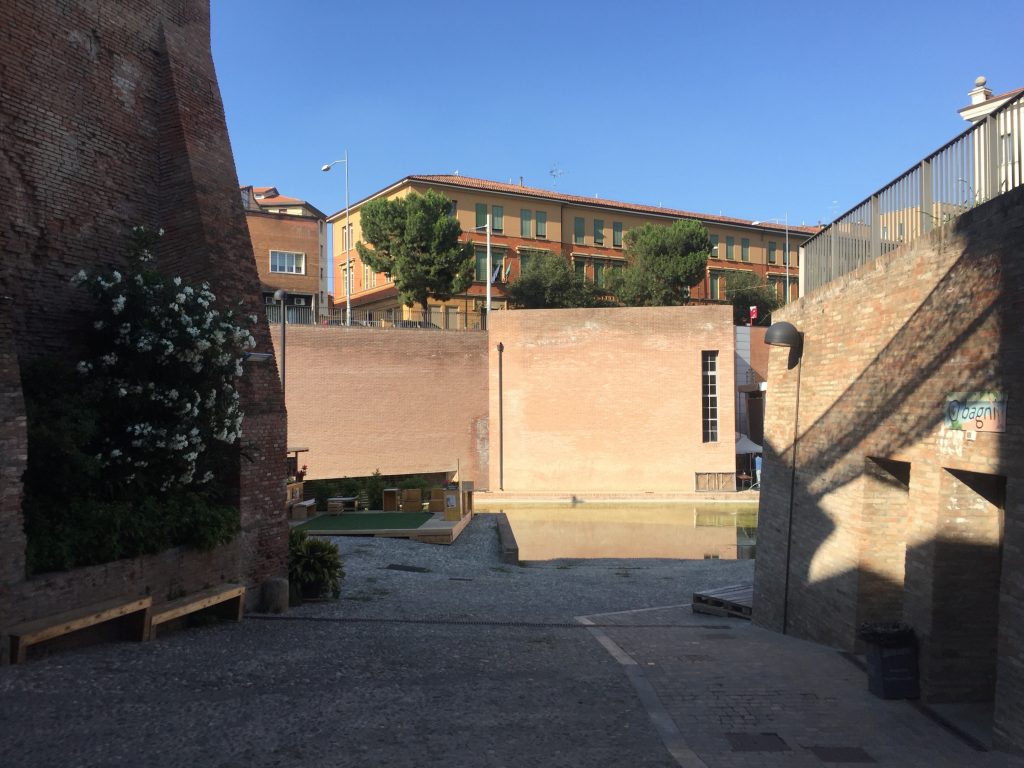 “at the Ritz you can get that quality. Loved it!”

Now with our snacks in hand and a couple water bottles just in case, we went back to the park to find out that the beer stands were actually pretty cheap, 3,50 a beer and I mean for cold beer it ain’t half bad, Ichnusa as well so like good cheap beer.

Now we all had beer and munch, no one would be happier than us really, I mean we had a sweet beer and raspberries combo, I mean not even at the Ritz you can get that quality. Loved it! 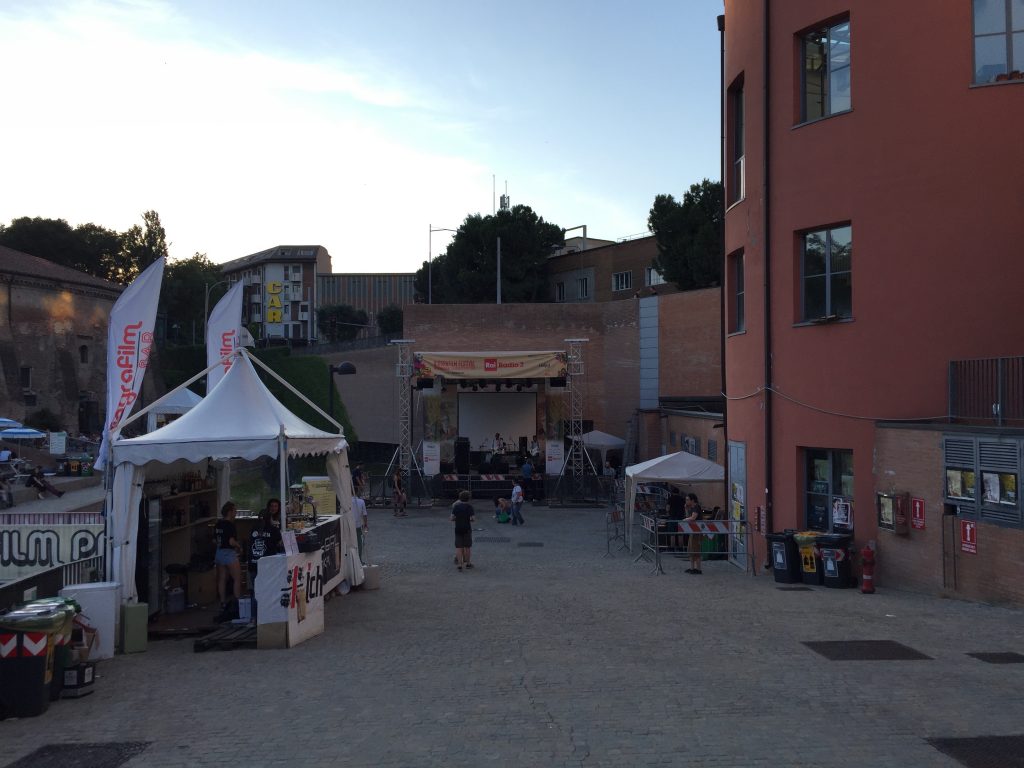 Now it was around 7 at this point and as we were looking for bathrooms and more beers we noticed that the band was starting their soundcheck, and man was it nice to see Bombino with no one around us. Once the soundcheck finished and the band went back in, we decided it was time to eat something proper, and not just raspberries and crackers. There were so many food-stands, I mean it’s nothing new at this point every festival has its fair share of food stands, but god was I happy. There were Pugliese Tacos, Argentinian Empanadas and Meat, Abruzzese Burgers, Fries and Dogs, and a Vegan stand (cause everyone needs to eat). 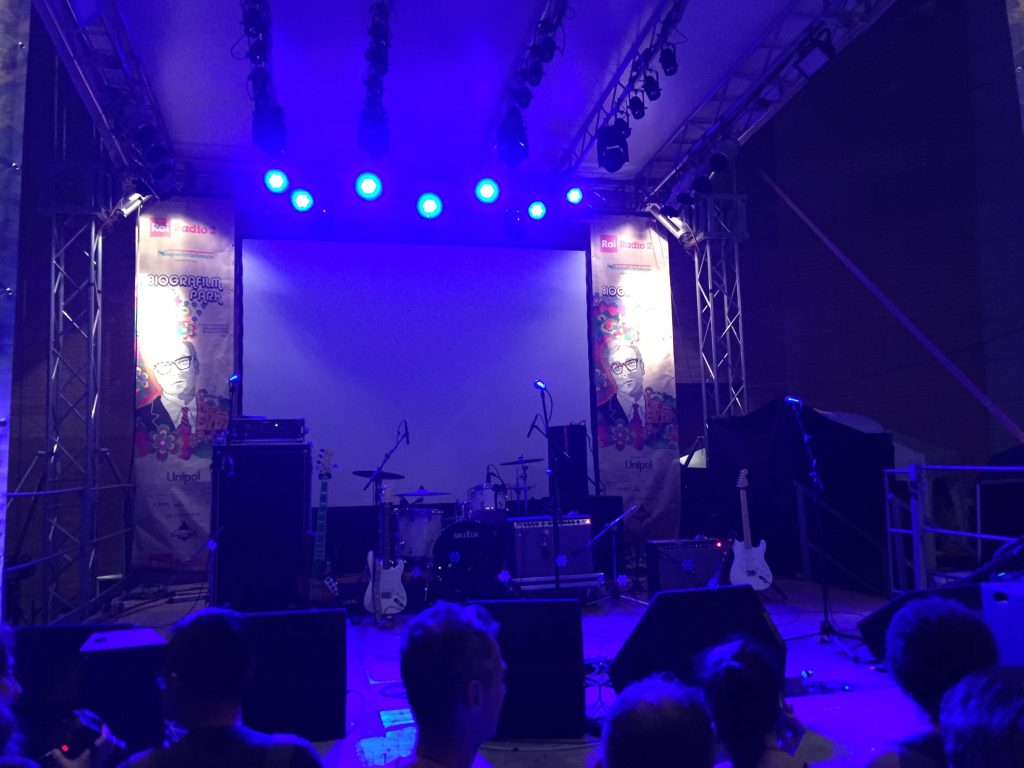 After I almost choked myself on Pugliese Meatballs and Tacos, we realized that masses were starting to form in front of the stage, and nah bitch, I ain’t gonna sit in the back for Bombino, especially being there since 5 pm. So I forced everyone to the front and was hated by everyone that was there (I’m 6,2) but fuck it really. The gig went smoothly and they jammed so good I didn’t want them to stop, but alas it ended.

He played for a good 2 hours and really that’s pretty decent compared to big names today, that usually give you an hour/hour and a half set, and then just leave you hanging. So we decided to relax a bit cause our bus home didn’t leave until 1 am and the bus station was only 15 mins away. 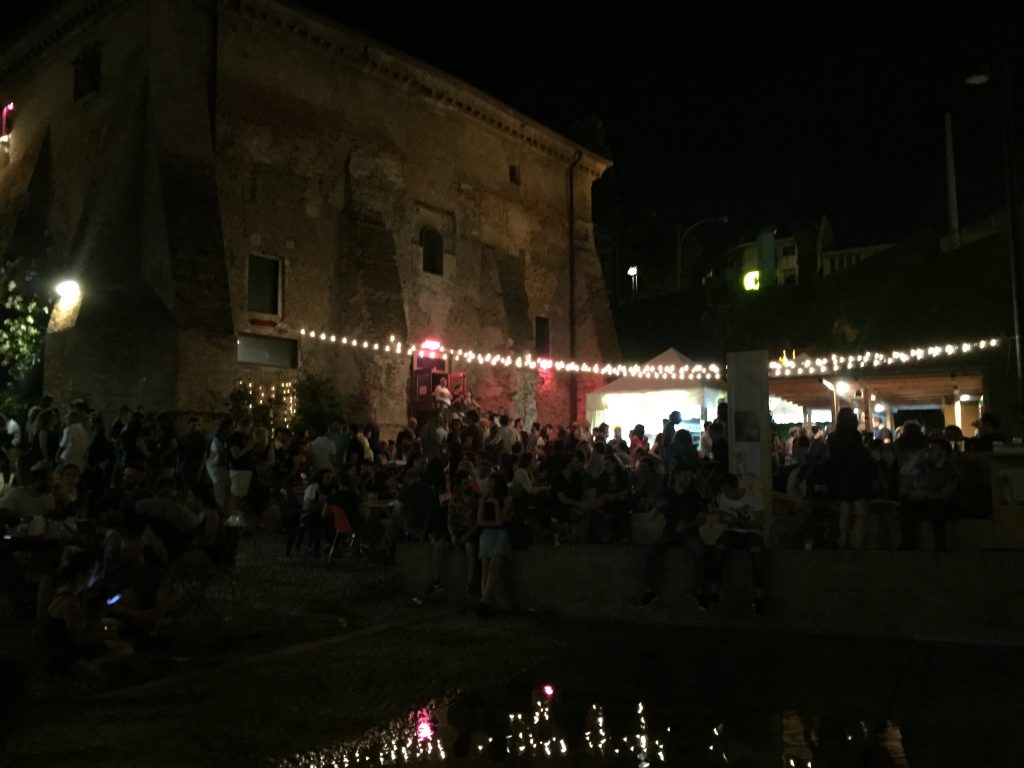 “keep your eyes peeled for the FlixBus people when around town”

After recouping from our shenanigans we went towards the station and grabbed our orange and green FlixBus back to Florence. The bus full price was 6€ but we found some discounts and bought them for 3€, so keep your eyes peeled for the FlixBus people when around town. The ride itself was 1 hour and a half so not too bad, plus it wasn’t too and it was great to sleep. Plus the best part of it is that no one had to drive and no one wants to drive (or should drive) when they’re tired.

So get yourself to Bologna so you can enjoy the nice weather, film, music, and chilled vibes.