Home Trip to Italy Umbria jazz – 10th-19th July 2009
Evening concerts at the Santa Giuliana Arena: it is here that the most famous names appear, artists who require a larger, more spacious venue. 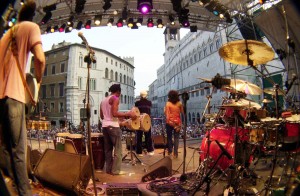 Afternoons and nights at Teatro Morlacchi and Oratorio Santa Cecilia: two venues dedicated to the different forms – traditional and modern – of what is more strictly jazz (plus this year there will also be dance).
Free open-air concerts: the part of the festival for young people and families featuring more popular forms of music that have a more immediate appeal. 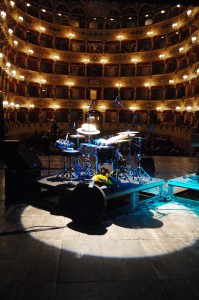 This year Umbria Jazz will once again be built around the format that for over thirty years has contributed so much to giving it its identity: for ten days, from morning until late at night, there will be music non-stop in some of the most beautiful settings of old Perugia. It is a festival for attentive, motivated listeners, but there is also plenty on offer for those who simply want to spend a peaceful holiday in Umbria with a soundtrack of jazz, soul, R & B, blues, gospel, pop and salsa.
The city of Perugia draws together the different parts of the festival. The venues in the old town centre, its art and history all contribute to create what one American critic has called “jazz Italian-style”. Perugia’s town squares, gardens, theatres, together with its restaurants and clubs all make a spectacular historic setting in which you can enjoy the contemporary sounds of jazz and the various musical forms that have derived from it.