Home IN FLORENCE Secret in Florence Hot on the wine trail…Discover a bunch of grape secrets on Florence... 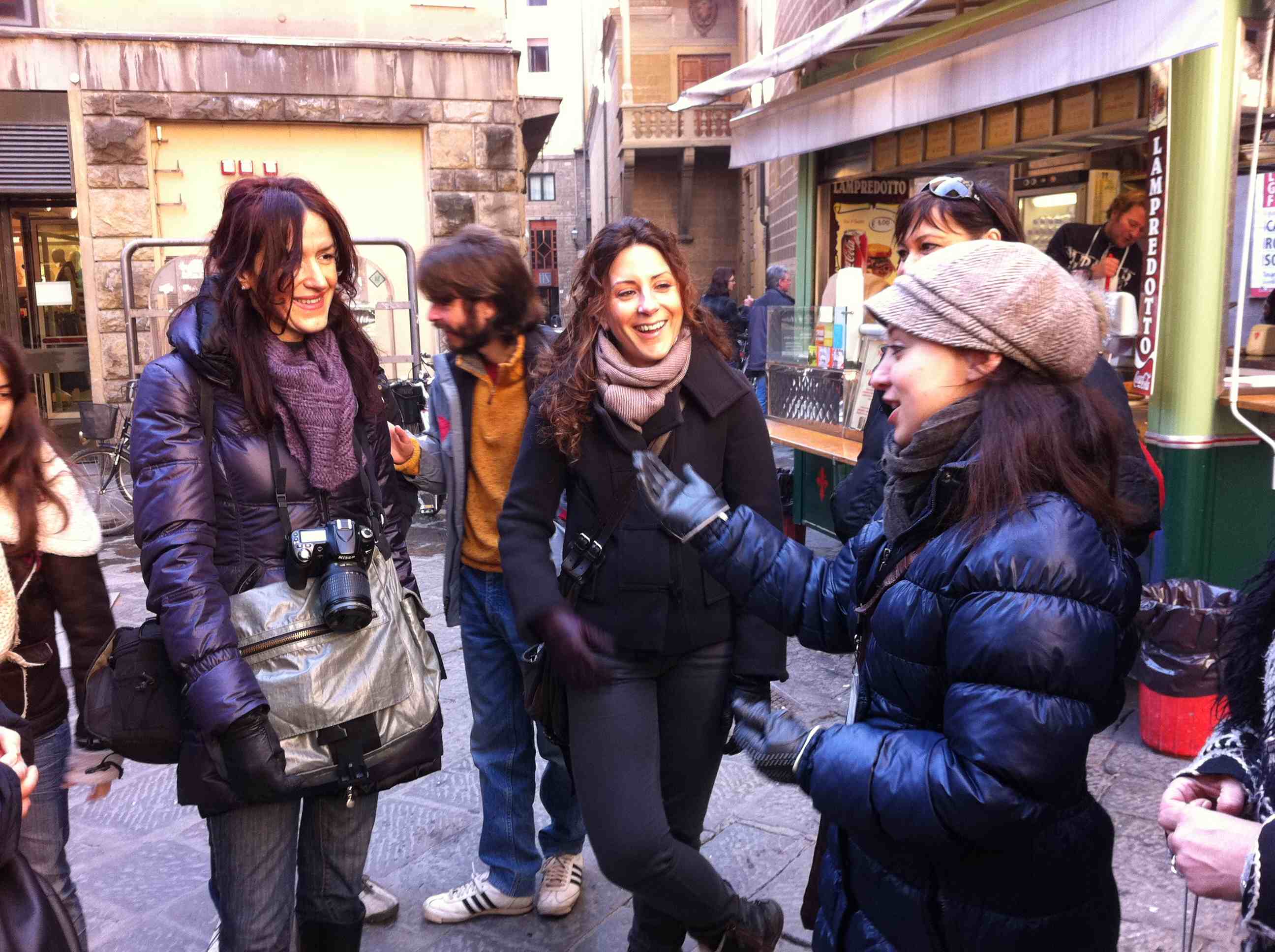 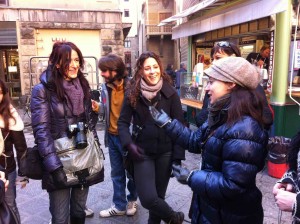 The thought of drinking red wine at 10am in the morning may not appeal to all…but I say “anything in the name of history and culture!”

It is hard to resist an invitation to participate in one of Florence’s Vinaino Tours on a fresh, sunny morning.

The streets of the centro storico, which many of us know so well, suddenly becoming unfamiliar, stepping back into a Florence of street merchants, tradesmen and marketplaces, where stealing a bunch of grapes or trying to cut your wine with too much water will deal you a public flogging in Piazza Repubblica…

We all know Florence as a city famous for its art, and most tourists discovering the city will follow guides around the visual artistic masterpieces such as Michelangelo’s David, Brunelleschi’s Cupola and Giotto’s Bell Tower.
Florence’s noted history of wine and of winemaking however, remains one of its less visually apparent artistic legacies, which goes back centuries.  Consider that today the Antinori family, making wine for over 26 generations, produces over 20 million bottles of wine a year from several estates all over the world. Back in the 14th century however, following the foundation of the Winemakers’ Guild in 1293, Florence was already producing the equivalent of an impressive 27 million litres of wine from the surrounding vineyards of Tuscany (albeit a different type of wine from what we know today) and the history can be traced amongst the streets of Florence…
How many of you have noticed the figure of a slightly tipsy Noah propping up a wine barrel amongst the hexagonal panels representing the Genesis and the arts of mankind on the west face of the Bell Tower?…or spotted the buchette del vino (wine hatches) in the walls of the city?  How many times have you stopped off for a gottino (small cup of wine) and some fresh crostini at one of the city’s vinaini, Florence’s small historic street wine vendors?

Enter De Gustibus, the young and passionate crusaders of local produce in Tuscany, who thrive on a philosophy of travel, discovery and celebration of the richness of the Tuscan land, the local producers that bring us such treasured tastes and the legacy of local farming.  In partnership with Fantastic Florence’s superb guide Francesca Papi, they have created the Vinaino Tour of the centro storico di Firenze; a walking tale of the historic role of wine in Florentine society, centuries ago, including stops at some of Florence’s oldest wine vendors.

Tommaso Ciabini of De Gustibus explains that the idea of the tour was born after listening to his father recounting his days as a student in the sixties when graduation was celebrated with a type of ‘pub crawl’ of the local wine vendors in Florence, where each stop called for a cheers (at the time with vino sfuso) accompanied by a song, continuing well into the night…

One of the stops on the tour is the famous Antico Vinaio in via dei Neri where today they still have an outdoor self-service bar for passers by to stop for a quick ‘gottino’ and a croquette, leaving their money in the slot.

Some of the most interesting features of the tour are the various wine hatches in the external walls of the then city cellars of the likes of Frescobaldi, Pandolfini and Antinori.  When the wine was brought into Florence to be conserved, it was from these small “buchette” that glasses or flasks of the latest harvest would be sold to the public.  Many of these ancient little windows are still visible today and are even well conserved, but unfortunately they are no longer in use!  (For a full history, a recommended read is L. Casini Brogelli, Le buchette del vino a Firenze, Ed. Semper, Firenze, 2004)

Like the flow of wine itself, never pouring the same way twice, thanks to Francesca’s animated interest in her native city, the Vinaino Tour of Florence will always take you on a slightly different route, incorporating new secrets and intriguing stories from the fascinating past this city radiates from every corner.

This particular wine tour is only one of the numerous activities and events organised by the De Gustibus Association, an organisation of sustainable tourism. Throughout the year they offer a varied calendar of seasonal events, including al fresco dinners and tastings at local farms in the Tuscan countryside, hot air balloon rides to see the sun rise over the fields, bicycle rides to visit various aziende agricole and vespa tours through some of Tuscany’s most beautiful landscapes.

Their message and goal is consistent and strong: to promote and support local farmers and local produce, to share the simplicity and wholesome spirit of great, natural food and wine and to enjoy life!

INFO BOX
For more information and forthcoming events from De Gustibus, and to become a member, visit:
www.de-gustibus.it
If you’re interested in other tours of Florence which take you “off the beaten track” and reveal some of the city’s most interesting characters of the past, take a look at Francesca Papin’s website Fanstastic Florence for more information: www.fantasticflorence.com