Home IN FLORENCE Secret in Florence Florence, Show me the green!

Need a holiday, but don’t have the time or cash to leave town? Not to worry, just five minutes from Florence, you can feel time zones away.

Among the attractions of Florence, one might not list geese, ducks, goats, donkeys and night-time safari rides. Well, for those who assume that the rolling hills of Tuscany and the adventure of the green countryside lie far beyond the city centre, behold: Fattoria di Maiano, a 300-hectare organic agricultural estate, is located just five kilometres from the familiar Florentine cobbled streets and a mere five-minute (motor) jaunt from the Franchi stadium.§

It is hard to believe that this oasis of nature in the fresh, open air is indeed, in Florence. This spring Fattoria di Maiano started a teaching farm tour, which takes visitors through the olive groves, into the forests and among the farm animals. The tour includes Limousine cattle and ends at the fascinating Laghetto delle Colonne lake.

Other tours include the estate’s olive mill, source of the tasty Laudemio olive oil, and the fabulous fifteenth-century Villa Maiano, which has been used as a set in the films A Room With a View and Tea with Mussolini. 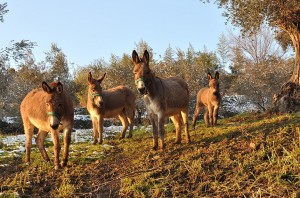 Possibly the most intriguing tour, however, is the night safari. After dusk, in jeeps that carry up to eight people, visitors are immersed in the nocturnal world of fox, deer, pheasant and more.

The Fattoria di Maiano’s new organic delicatessen and eatery, Lo Spaccio, which opened last April, serves a generous and hearty lunch of dishes such as tagliatelle al cinghiale and a glass of Chianti for under 10 euro. Customers can dine while gazing over the green valley below.
On Sundays, the Fattoria serves an open barbeque, the griglia rustica all’aperto, which exclusively uses local organic produce.

Villa Maiano also offers on-site classes and doubles as a hotel, should you want to take a vacation without leaving town. 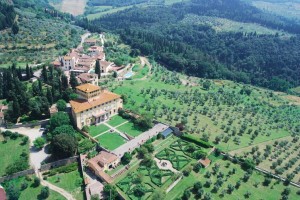 Getting there
Ataf’s 7 bus from Piazza San Marco will drop you off approximately 750 metres uphill from Fattoria di Maiano (two stops before Fiesole, at the stop Regresso 01). When it’s time to head back to Florence, you may prefer to walk 1.5 kilometres down the hill to take the bus 17 from via Belgioioso to the Santa Maria Novella station.

Joëlle Edwards is an English event and wedding planner, working in exclusive venues across Italy (www.joellemarie.co.uk). She recently moved to Florence from London, after having lived and worked in Switzerland, Palermo and Barcelona. She’d like to sing like Fiorella Mannoia, write like Andrea Camilleri, dance like Ginger Rogers and cook like zia Anna Maria! You can reach her at weddings@joellemarie.co.uk
Visit also: www.joellemarie.co.uk