From Florence your driver will bring you through the beautiful Tuscan countryside south of Siena for a splendid day of sightseeing and wine tasting. After passing Siena, you will continue through the “Crete Senesi” to the important wine town of Montalcino. The scenery is breathtaking here – cypress trees, fields and livestock, with the extraordinary combinations of green, grey and brown landscapes. The famous “Brunello wine is produced here using Sangiovese grapes. Every activity in this town revolves around wine production and rightly so. 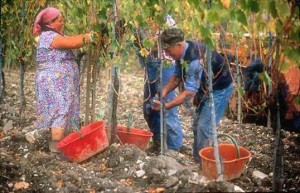 The Brunello wine is one of the finest and most prestigious wines produced in the whole world. From the towers of Montalcino’s large fortress there is a splendid view of the surrounding Orcia and Arbia valleys, and beyond southern Tuscany, you can catch a glimpse of the beginning of the region of Latium. In this area there are many important archeological finds that made it possible to trace a map of the Etruscan and Roman settlements. Much of this material is now housed in the Musei Riuniti of the town. Montalcino was a settlement of importance founded in the 10th century. In 814 the territory was donated to the monastery of Sant’Antimo by the Emperor Ludovico il Pio. Sant’Antimo at this time, was one of the richest and most powerful abbeys in Tuscany and its abbot was the spiritual and civil leader of its citizens, holding the title of “Conte Palatini” and “Consigliere”. In 935 the town experienced an economic boom and an increase urban development due probably to the arrival of a large number of refugees from Roselle, a town near Grosseto in Maremma, who came to Montalcino to escape the continual aggression of the Saracens. A century later, with improved and increased methods of agriculture and grazing the town experienced another economical incline. Soon Montalcino started developing its crafts in ceramics, shoemaking, tanning, wool making, and iron and wood works.

You will see the Piazza del Popolo in the middle of the town, and nearby the Palazzo dei Priori which is from the 1300’s. There are three churches here worth a visit – Sant’Agostino, Sant’Egidio, and the cathedral all built between the 13th and 15th centuries.

Your next stop is the “Fattoria dei Barbi”. One of the most famous of the Brunello wine producers you will visit the old wine cellars that have a capacity for 5000 hl in oak barrels, in addition to the 12,000 hl. In stainless steel or concrete vats, 200 hl in kegs, and 240 hl in barriques. You will now have the chance to taste these important wines. Are you getting hungry? Next door is the “Taverna dei Barbi” where you will taste a selection of local, traditional recipes – delicious fresh pasta with savory sauces, wild mushrooms soup, “pinci” with meat sauce, “ravioli” stuffed with ricotta cheese, roasted meats, wild boar in casserole, fresh vegetables…the list goes on. This is just some of the delectable fare the Taverna offers, together with an incredible selection of hams, salami, and pecorino cheeses all made on this estate. The owners’ love of tradition and simplicity is reflected in the décor of the Taverna and their warm welcome to their guests.

After a short driver you will come to Castelnuovo dell’Abate. In the solitary Valley Starcia you will come upon the Abbey of Sant’Antimo, one of the most beautiful Romanesque monastic monuments in Italy. Probably Trappist, legend has it that it was founded by the Emperor Charlemagne in 781. It is said that on their way back from Rome along the Via Francigena, much of the Emporer’s army came down with the plague. When the Emperor’s prayers were answered and the pestilence ceased, he founded the Abbey. The actual church was built in 1118 on the pre-Romanesque basilica, as you can see by the inscriptions on the steps leading to the front altar which also include the name of the donor – Bernardo degli Ardengheschi. The reconstruction of the church and the convent was a huge economical burden for the Benedictines that now lived here. For this reason much of the work remained unfinished and the church seriously declined until in 1291 the abbey passed to the “Guglielmiti”. Today, Sant’Antimo is home to one of the most important permanent Scout camps in Tuscany.

If you still have time after your visit to Sant’Antimo, your driver will bring you to another agricultural company to taste their wine and local products which are famous all over the world. From their you will continue through the lovely Tuscan countryside until you reach the Altesino winery. The elegant 14th century building of Palazzo Altesi was formerly owned by the Tuscan Ticerchi family. During this informative visit you will learn all about the winery and meet those that work on the premises while following the different stages of wine production. You will learn about the history and origins of the Brunello wine and the other wines produced on this estate. You will walk through the vineyards and the cellars and end your visit with a wine tasting that will teach you how to recognize the excellent quality of the products.

Your driver will bring you back to your hotel in the late afternoon. 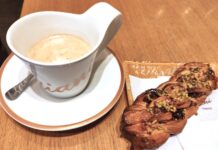 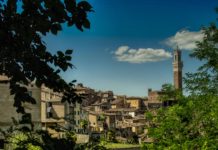