Home Florence Hamburg: The Most Underrated of Vueling Airlines 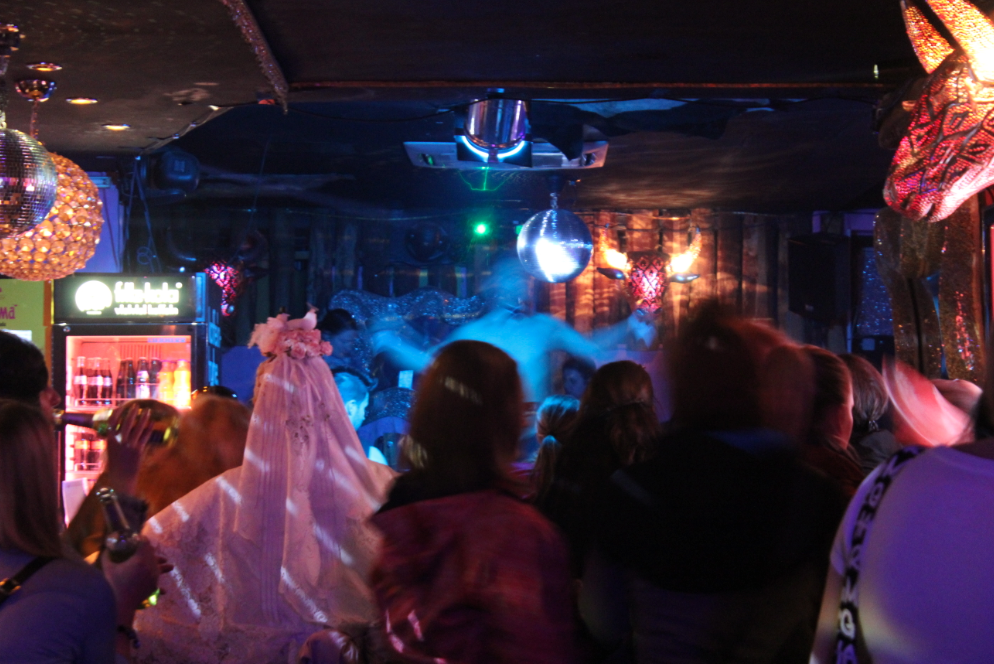 Back in April, I got a call from Vueling Airlines. And they were like, “We’re launching four new direct flights from Florence, Italy to London, Berlin, Copenhagen, and Hamburg and we want to send you to one of the destinations to write about the city!” And I said, “YEAAAAAAAAAAAHHHH! Which one?!” And they told me, “Hamburg!” And I was like, “Yeah?” 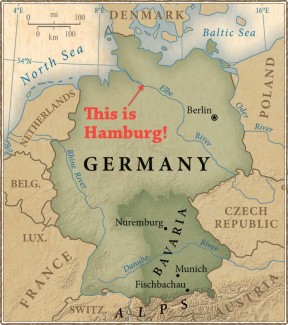 Because, let’s be honest. If you had a choice, pretty much all of you would pick one of the more popular cities on that list, right? I mean, do you even know anything about Hamburg? It’s in Germany. The end. (The only other thing I knew was that I had never been there before.)

As it turns out, the internet wasn’t entirely clear on this place either. I had to dig deep to find enough facts, photos, and occasional personal accounts that didn’t have to be incomprehensibly translated from German to not feel like a total moron for visiting without a clue. I hoped Hamburg would be awesome. And it looked nice. But the excitement of going somewhere new was still outweighing the obscure destination itself.

And then I went there and got completely surprised! I’m telling you: Hamburg is exactly where we would all love to go vacation (unbeknownst to us). I’ve detailed my unexpected experience below in an attempt to educate the rest of the English-speaking world about this mysterious land of the Hamburgers.

Yes, people from there are seriously called that.

Because any good trip to Hamburg starts with arriving, I’d like to acknowledge that getting there with Vueling was especially great. I’ve lived in Florence for four years, traveled to 24 countries, and had never been to the Florence airport. That’s because before Vueling opened a base at Firenze-Peretola in March 2013 (adding London, Berlin,

Copenhagen and Hamburg to the list of their other nonstop flights to Paris, Madrid, Barcelona, and Catania, Sicily) there were NO low-cost airlines flying out of Florence. The closest airports with cheap flights were Pisa (one hour away) and Bologna (1.25 hours away).

To catch my flight with Vueling, the Volainbus shuttle from the Santa Maria Novella Train Station got me to the Florence airport in 20 minutes, meaning 1) I didn’t have to set my alarm at 3 a.m. to arrive before 7 o’clock, and 2) I didn’t have to pay more than what my flight cost to get there. AND my plane landed in the same city as my final destination (not at one of those airports with the hyphenated names like “Destination City-Another city” that’s actually 90 km from where you thought you were going).

Upon landing in Hamburger territory, the first thing I did was get myself a a Hamburg Card. My complete lack of city knowledge had prompted me to contact the Hamburg Tourist Board, who gave me lots of helpful travel tips in perfect English; and this special public transportation pass was one of them. It’s good for unlimited rides on Hamburg’s HVV metro & bus system and is available for 0ne, three, or five day/s (at €8.90, €21.90, and €37.50, respectively). Since Hamburg is GIGANTIC (seven times as big as Paris and twice the size of London) and the card gets you up to 50% discounts at 130 city tours, restaurants, and attractions; it’s definitely the best deal for tourists.

I hopped on the metro (unbelievably clean, safe, and time efficient!) and headed for the harbor. Hamburg is a river city, on the banks of the Elbe, and has the largest port in Germany. The only thing I heard from that was: FRESH FISH. I had done my research and locals say Brüeke 10 has one of the best fish sandwiches in town. So that’s where I was: on the pier under the sun, watching ships the size of horizontal skyscrapers glide by with swan-like grace, drinking a locally brewed Astra beer and stuffing an overflowing shrimp roll in my face. “This city will do,” I thought.

Maybe Hamburgers are ancient descendents of Italians, because they’ve got the dolce vita down; everyone around me was feet up, leaned back, ordering another drink and starting a new story. And on my way out, I witnessed even more life-enjoying in action at Hamburger del Mar, just one of several beach clubs (Central Park, Strandperle, Strandpauli) to adorn itself in palm trees, sun loungers, and imported sand for spot-on seaside simulation. Hamburg is also blessed with real beaches (Övelgönne, Falkensteiner Ufer, Wittenberge, Blankenese), but one can never have too many.

My next metro stop was Jungfernstieg, a popular city square and stylish promenade that abruptly ends in a lake. 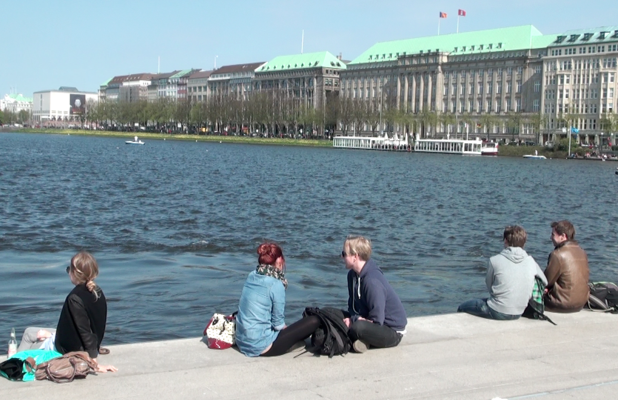 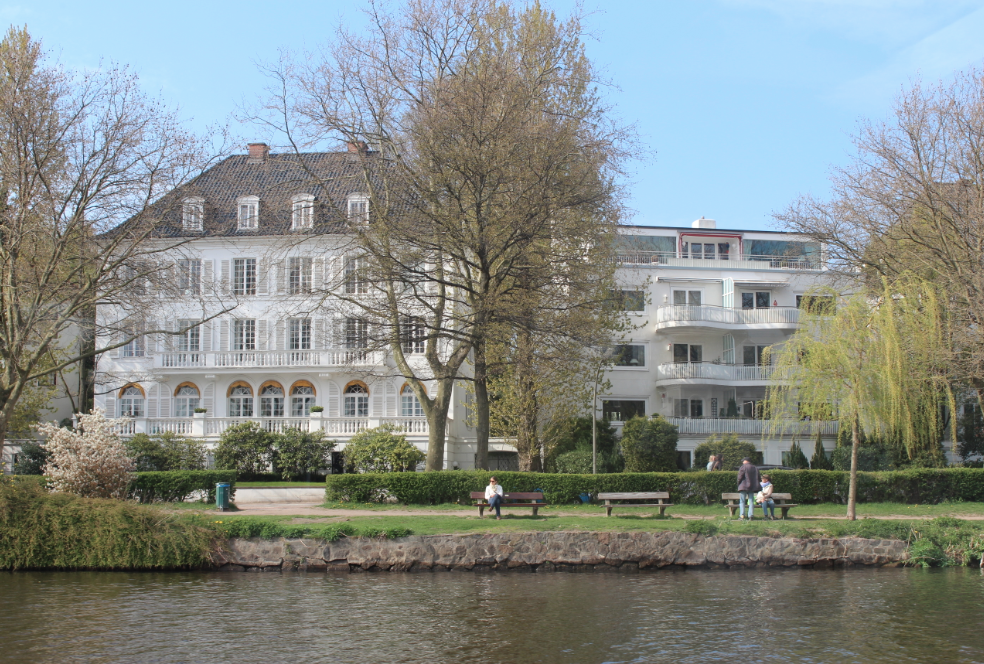 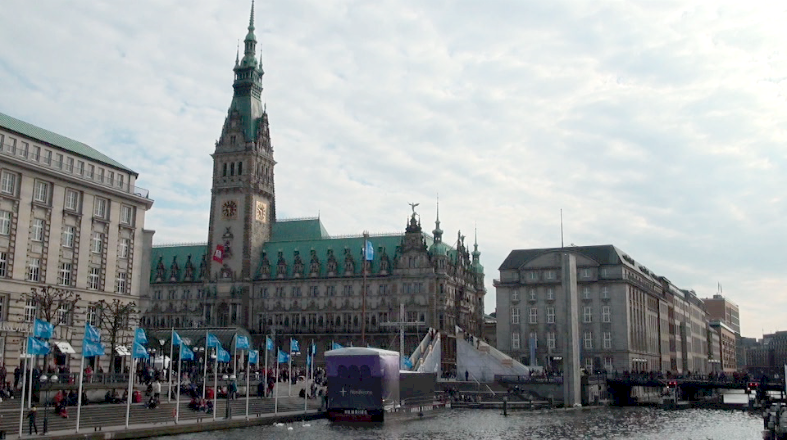 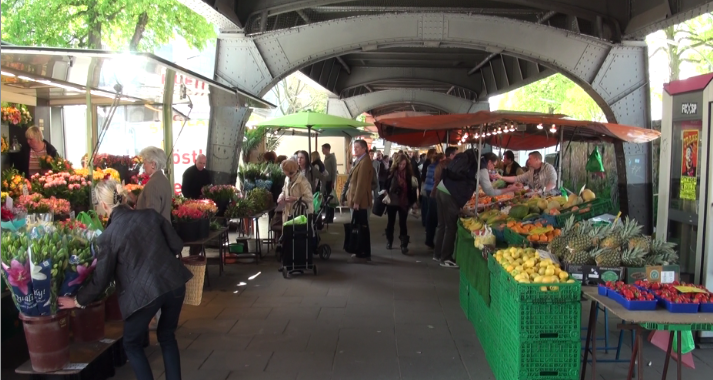 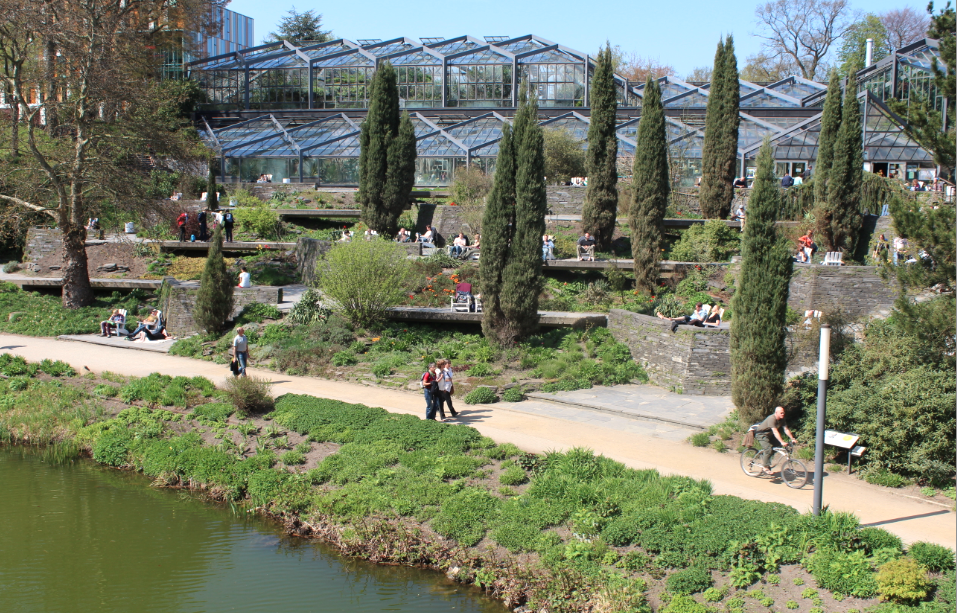 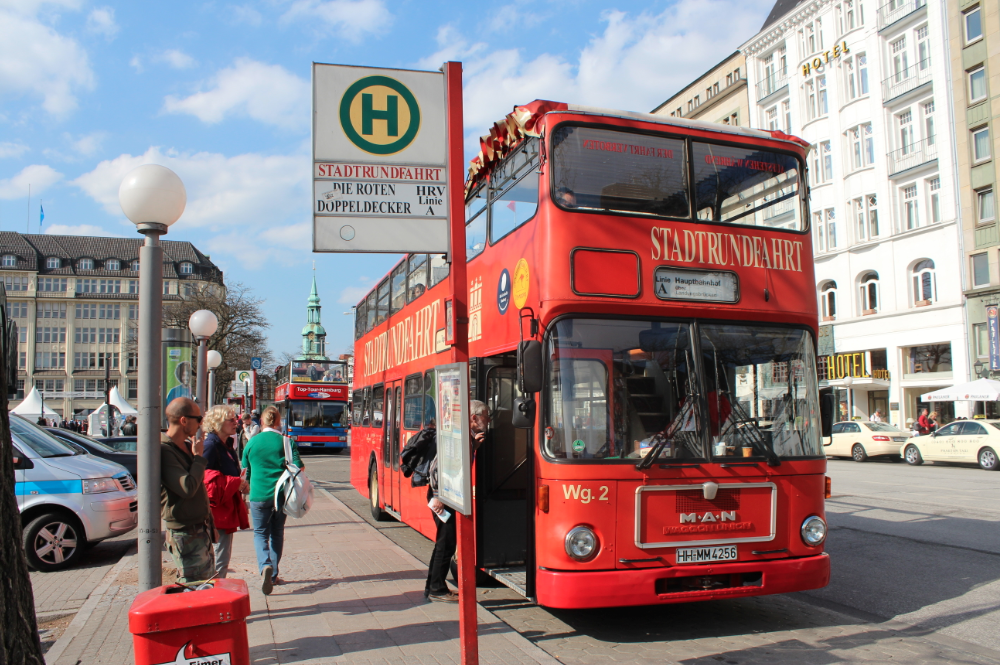 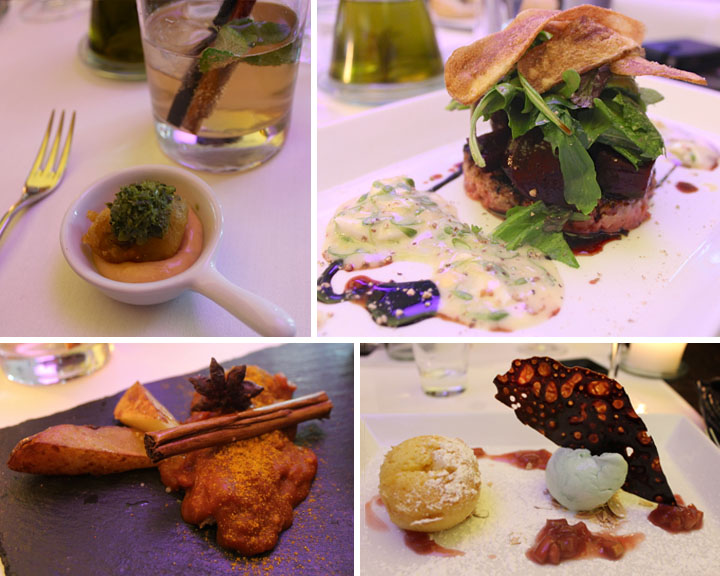 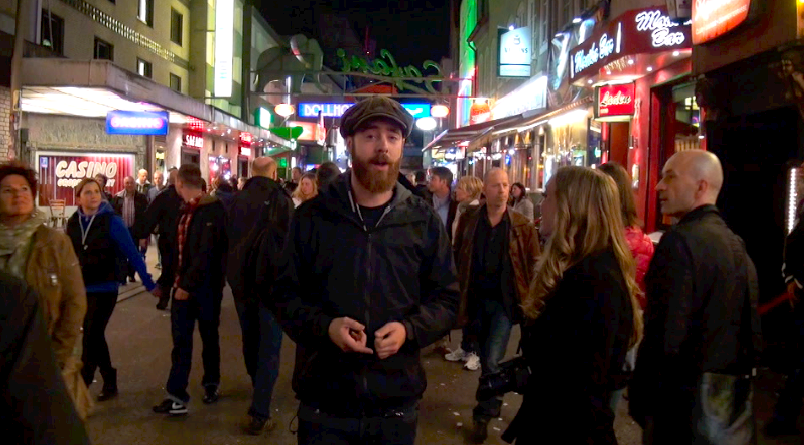 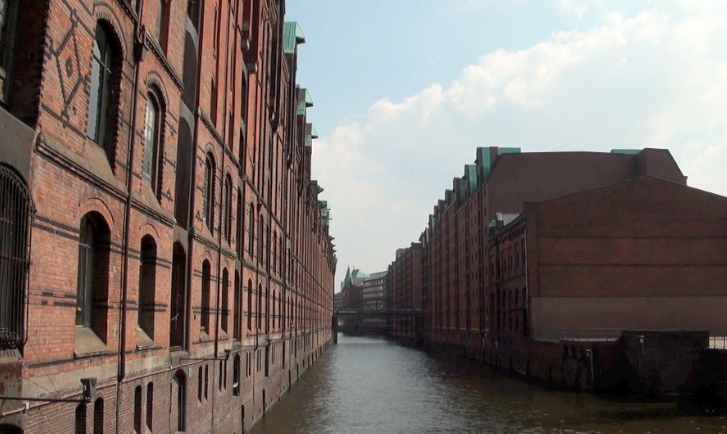 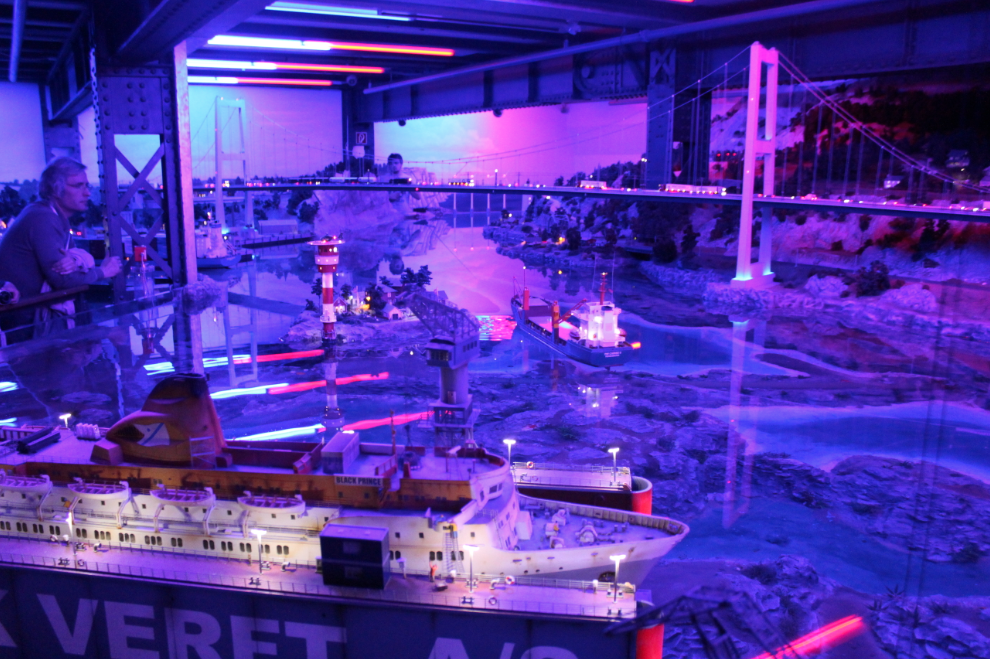