Home Florence Getting lost at the Florence Tattoo Convention 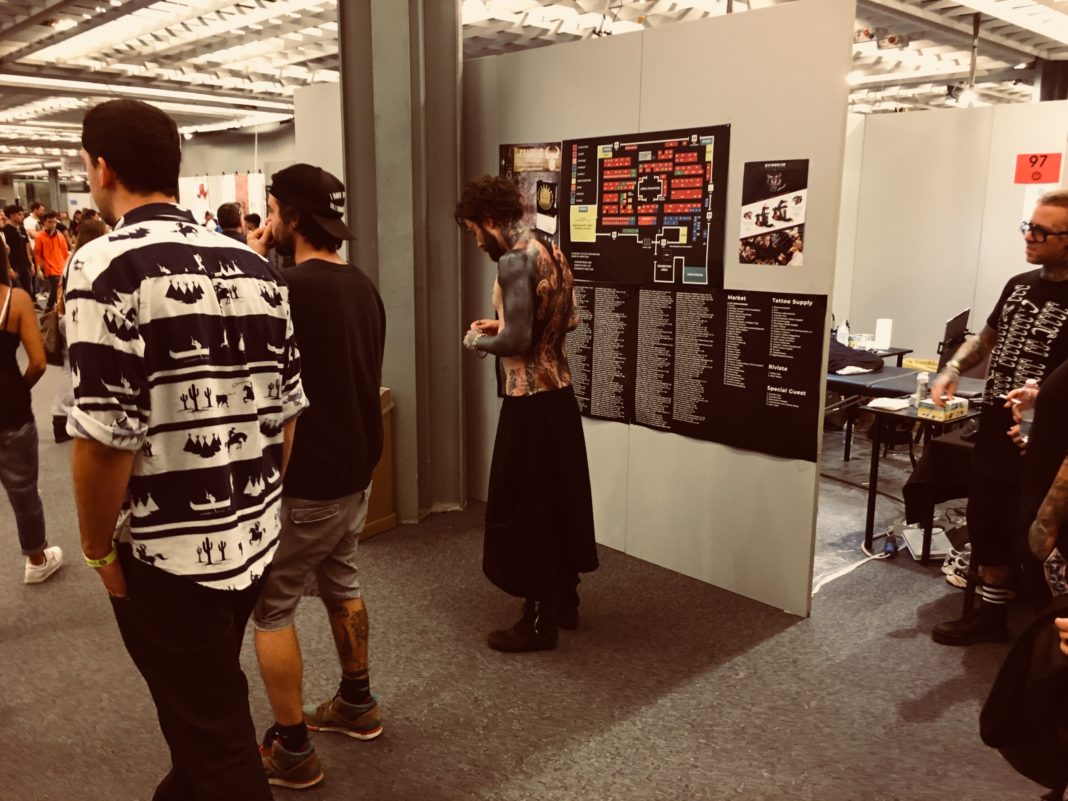 Last weekend in Florence we had the chance to visit the best machine buzzing convention there is, and we were there to check out all the newest fads in the ink world. The convention took place in Florence’s Fortezza da Basso, near the SMN train station. 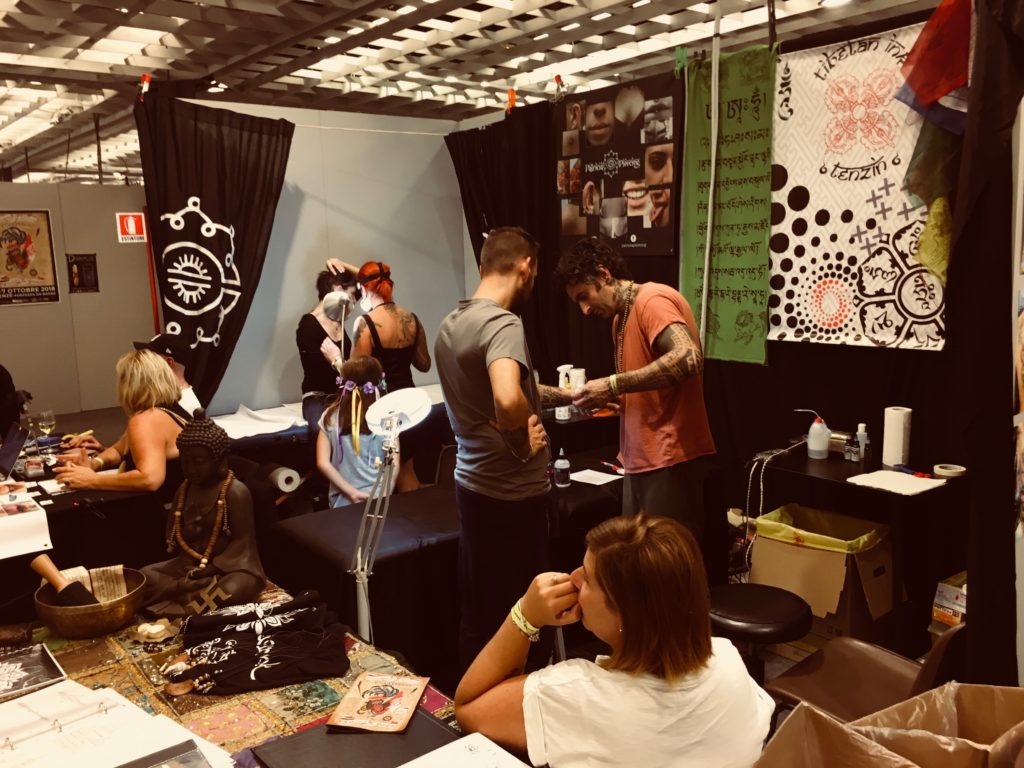 Here’s our inside look at the convention.

The Florence Tattoo Convention happens every year and it brings together all of the aficionados of the Tattooing world. This year Florence had the chance to have the likes of Lyle Tuttle, for those of you that don’t know him he’s one of the most important figures, and you could say, founders, of the modern Tattooing experience. Another very notable mention goes to Gian Maurizio Fercioni, one of Italy’s most important Tattooers, with base in Milan at the Queequeg Tattoo Studio. 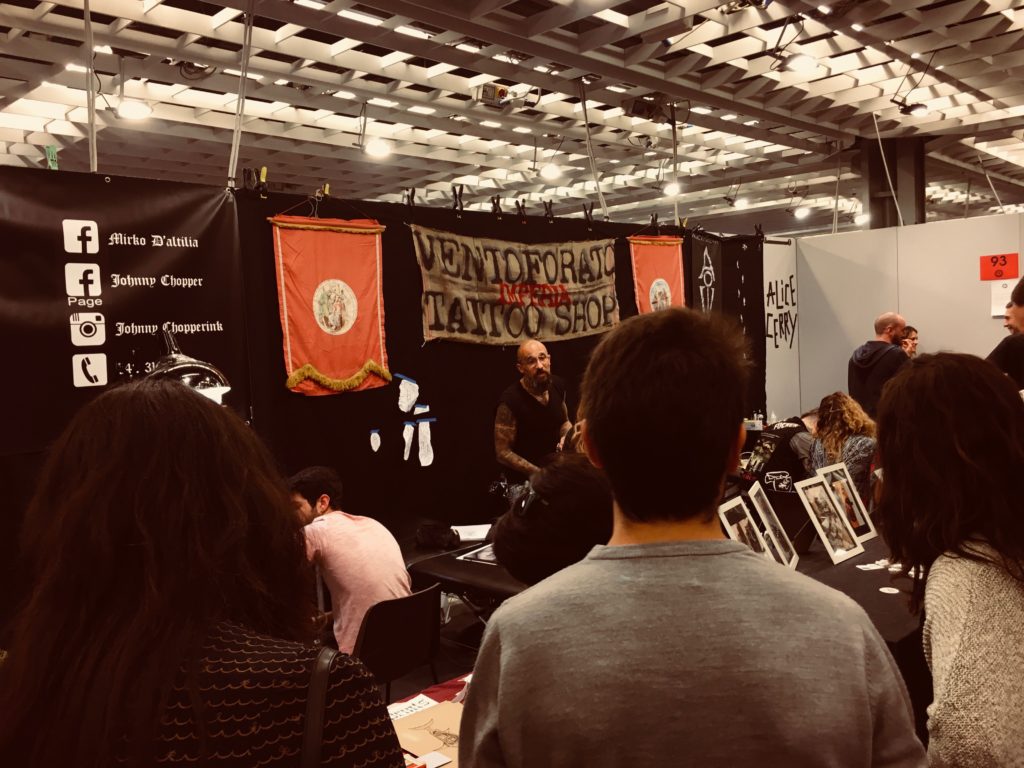 So as we arrived in the Fortezza, we realized that the convention was in the downstairs area of the  Fortezza, once downstairs we could hear the machines buzzing like if we were in a factory, I mean you really got in the mood immediately. We started with a quick walk about and saw that all the sections were divided by style, some Old School, some fine line, and most notably of all was the fact that most artists were in collaboration with Lacrima Nera, a Florence Tattoo Parlour that brings in a huge amount of talent to the city, and especially for the Florence Tattoo Convention. One that really caught my eye was Akitsu Tomoya, a Japanese tattoo artist that uses the Irezumi technique, now Irezumi is quite intense, it’s done by hand while using wooden handles and metal needles that are attached via a silk thread, all while using a special ink called nara ink. The main difference is that this technique isn’t done by machine, that saves a lot of time and pain to the “victim”. While I was checking Akitsu I could see that the guy under the needle was in a lot of pain, I mean his eyes were bloodshot. I felt pretty bad for him, so I left and went on to see other artists perform their art. 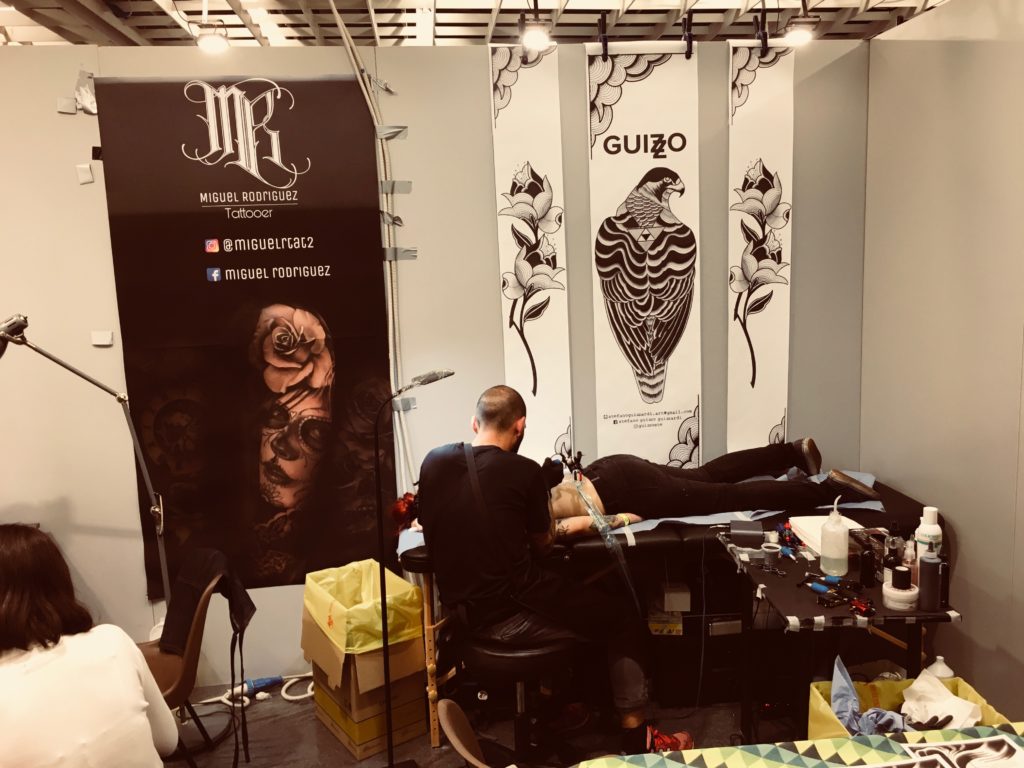 As I left Akitsu stabbing his client, I turned around to see that there was a whole section dedicated to another traditional tattooing practice, the Tribal Technique Tradition, and man there where a lot of people getting inked there, I mean we’re talking like at least 8 people, with different tattoo artists that would use a similar technique to Irezumi, with the main difference being that the needles wouldn’t be stabbed, but rather tapped on the skin. Here everyone seemed more relaxed, as the designs were also more geometric and they didn’t imply the use of many colors.

Those for me were definitely the most mind-blowing things, I mean I’ve seen some documentaries on tattooing in my time as a uni student, but god seeing something on a screen and then seeing it all live is definitely a whole other story. I mean I might as well go for an Irezumi next time I get a chance, something small though, cause me and pain don’t really go hand in hand. 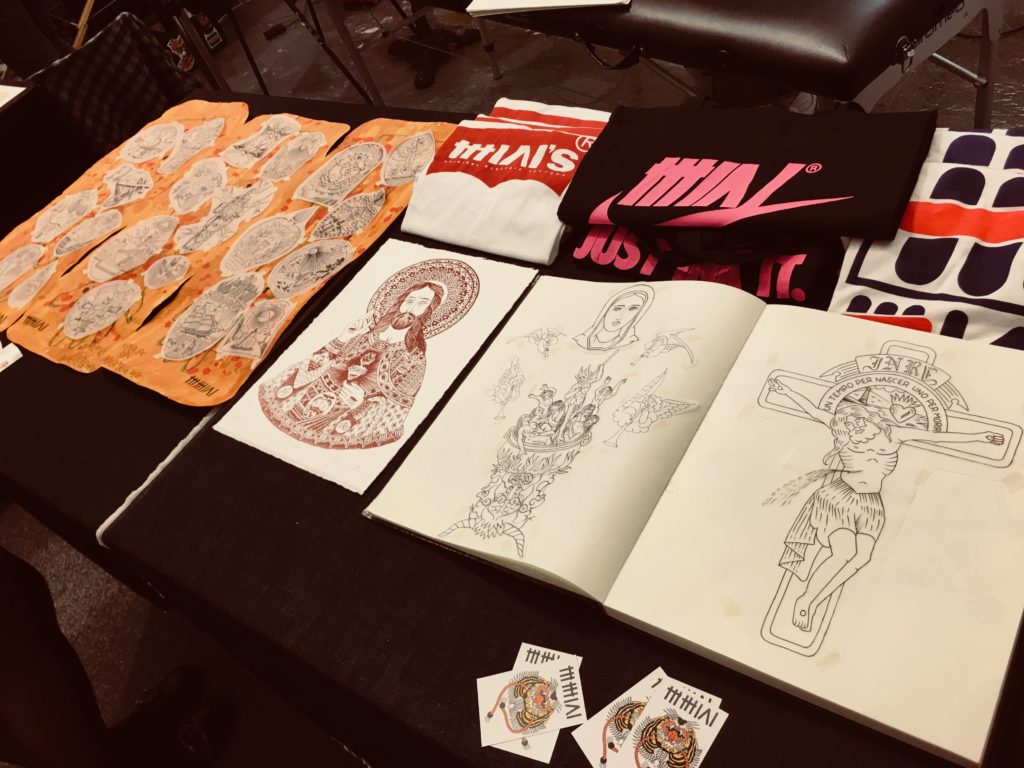 So before I end this I wanted to leave some honorable mentions to some artists that really caught my eye, even though they did follow a more commercial aesthetic. First of all Massimo Miai, that you can find in Florence, Lucca and Borgo San Lorenzo (the town not the street), whose pieces are a mix of old school/Russian prisoner (I don’t know if that makes sense cause I’m not an authority in the Tattooing world), Chiara Pina, that on the contrary does more “cute” minimalistic designs, Crudo M., that kills me cause he’s called Crudo and he has a pig as a logo (like prosciutto crudo ahahah).

So, in the end, the Florence Tattoo Convention was a blast, between the ink and madness all was good in Florence.