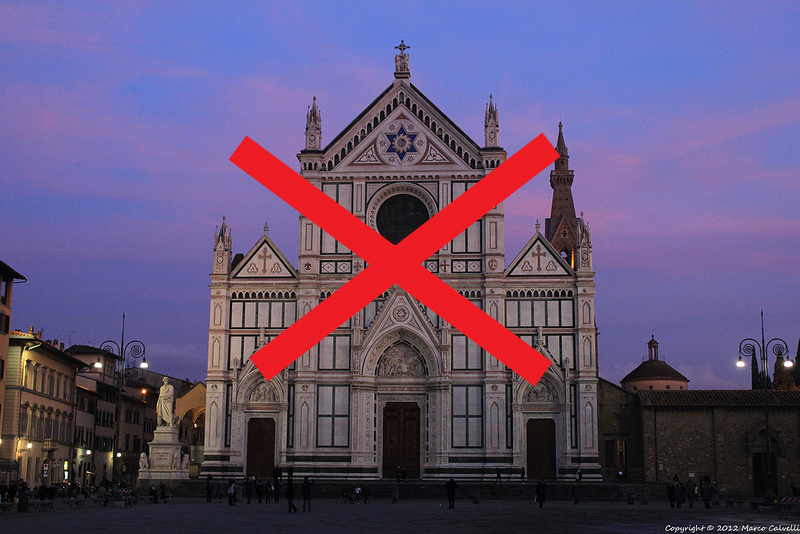 Are you going to MTV’s TRL Awards in Florence Italy’s Piazza Santa Croce this year? Oh, no you’re not! Due to noise complaints from residents living near the central piazza where last years awards were also hosted, the event has changed location.

MTV and the City of Florence have decided to move the show to they city’s hilltop viewpoint, Piazzale Michelangelo, where the commotion will hopefully diffuse itself over the city skyline. The date: Saturday, May 5th, and the time: 9:00 p.m., will remain the same.

A shuttle bus to the high-up Awards from Piazza Ferrucci (along the Arno river, below Piazzale Michelangelo), will supposedly be provided at the cost of MTV.

And if you’ll be one of the over 20,000 expected spectators: be quiet! 😉 We don’t want the event getting moved outside of Florence in 2013!

Do you have the scoop on other performers, even more event changes, or secret details? Post them in the comments below!