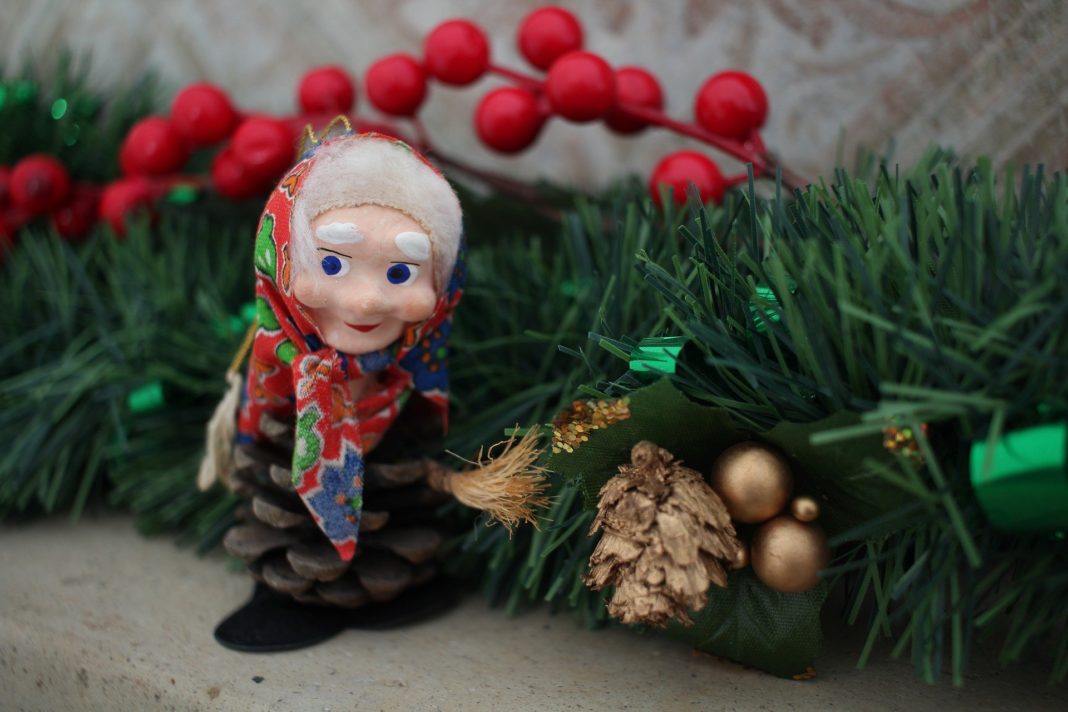 In yesterday’s post, I talked about Christmas traditions in Italy, and the last one of them was La Befana, I did talk a bit about what she is, but not enough to really understand how and why the Italian Christmas witch is a thing.

So, I did a bit more research on the Christmas witch, and I’ll start off by saying that she isn’t really considered a witch, but understandably this is the concept everyone has, as she’s old, has a crooked nose, and flies around the Italian skyline on a broom. Those three things usually are enough to classify a fictional character as a witch. The idea is that she’s just a nice old lady, that looks like a witch, pretty much there’s a need for better representation in the fictional character world. So, as I was saying it’s not the Italian Christmas witch it’s the Befana.

Now you’re thinking to yourself “what is la Befana?” I mean I would ask myself as well. Once you tell me about how she’s flying around with a broomstick, and then proceed to tell me she’s not a witch I would be lost as well. The historical context is that she’s one of the harvest goddesses of pagan days. La Befana story goes a bit like this, 12 days after the Sol Invictus, the beginning of winter, the various harvest gods would fly over the Roman Empire and bless, or not, the food that was stocked up. If you didn’t have much food that meant that the gods didn’t particularly think you were a good person. You can see the connection with some other wintertime gift day right?

Now that we got the past covered, why is La Befana Italy a thing only in the country I stated in the KW? And not in the US, or the UK, or France? That’s a pretty good question, and even though I studied some sociology for uni I never was a big fan of anthropology, so I’ll give you the Befana Italy tour.

If you ever wondered why you would have a January 6 holiday in Italy, the answer is because of the Epiphany date, you know January 6 Epiphany, and that’s the day the Befana comes to visit all the kids that live in Italy. The legend of Old Befana proves that Italian kids have a pretty terrifying upbringing, cause the main difference with Santa is that if you try to catch Santa he’ll just be invisible, or kissing your mom making it really awkward, but the La Befana traditions want that she whacks you in the head with her broom before you even get out of bed. A nice and easy way to beat your kids once a year in Italy. Also, a really nice way to keep them in bed for one night without them making a sound.

Now I know you were waiting for that La Befana poem.

I have to say that unfortunately there really isn’t any particular foods eaten during epiphany in Italy, it’s mostly the same as Christmas food, with the major difference being that the main event is all the sweets you get, cause that’s the best thing about the Befana, the f’n sweets. So if you want to gain some weight and mess up your teeth be sure to be in Italy for the Befana.