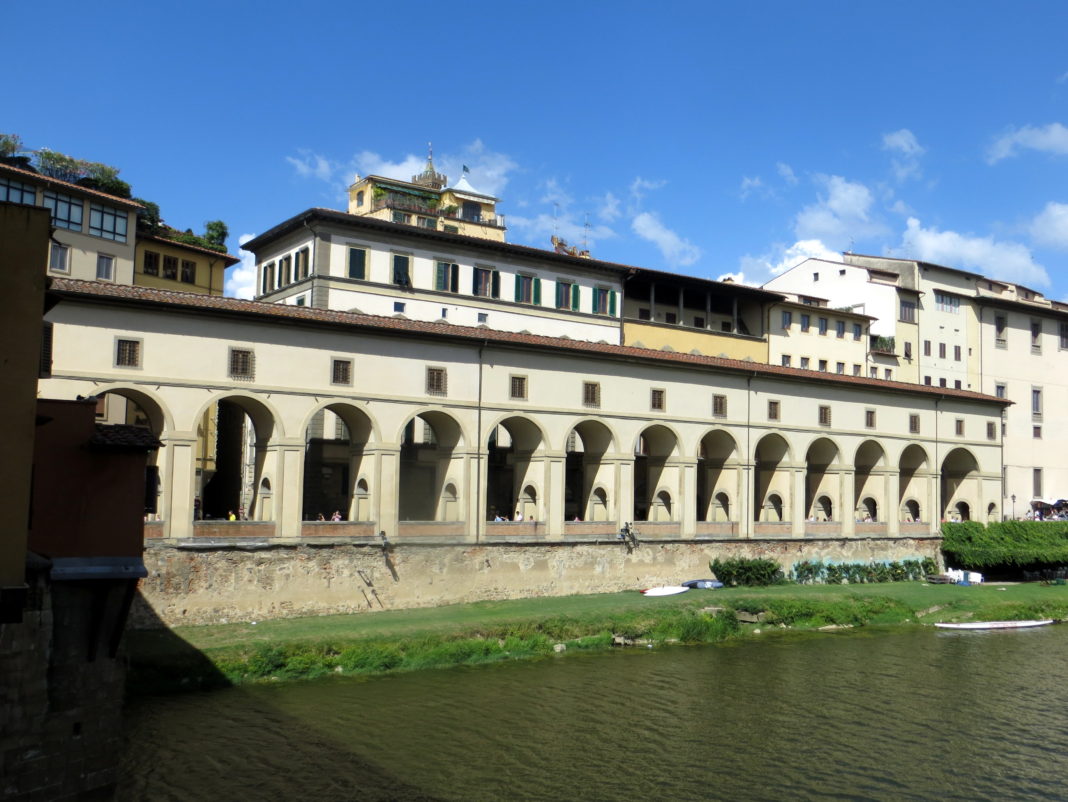 We finally have a date for the reopening of the Corridoio Vasariano! The secret passageway that links Palazzo Pitti to Palazzo Vecchio, will open again in 2021, after being shut down in 2016 regarding safety issues. So, if you’ve been to Florence before, and you’ve heard about the Corridor, or even where lucky enough to visit it, you would know that the passage was only reservable through private tour companies and also quite exclusive – it would be open only a couple times a year.

For someone that has been living in Florence for a while the chance to see it is a dream. Luckily for all of us, that dream is about to come true, because with the reopening of the Corridoio Vasariano we’ll have the opportunity to visit it like any other museum in the city. No more waiting and finding out when and where to buy the tickets, you can buy them directly there and finish your tour in the Boboli Gardens or in the Uffizi Gallery. Patients though, because you’ll have to wait until 2021.

Historically one of the most important hallways in , this passageway would make sure the Medici Family could get from their residence, Palazzo Pitti, to work, the Uffizi and Palazzo Vecchio, in all security. Historically they were targeted often by rival families in Florence, just look at the Congiura Dei Pazzi in 1478 where the Pazzi Family attempted to kill Lorenzo il Magnifico and his brother Giuliano de’ Medici, in which the sibling lost his life.

On a lighter note the Corridoio Vasariano, it’s also the main reason why Ponte Vecchio is full of jewellers. Back in the day the bridge was the main butcher’s market, and in 1593 Ferdinando I moved this activity away from it, because the smells were unbearable – they really didn’t have fridges in which they could store stuff those days.

And again thanks to the Corridoio Vasariano, the Allied forces besieging Florence during WWII were able to defeat the Nazi Forces. It was renowned that Nazi’s understood the importance of historically significative landmarks, and to stop the Allied advance they destroyed all the bridges of Florence except the Ponte Vecchio. The Ponte Vecchio at this point was very well defended by the Nazi’s, except for the Corridoio Vasariano because they did not know of it’s existence. So the Partigiani (The Resistance Movement) helped the Americans smuggle soldiers, equipment, and some say even tanks (broken down and built up again on the other side of the Arno).

So we can’t wait for 2021 to come along and go on a tour of the Corridoio Vasariano!!