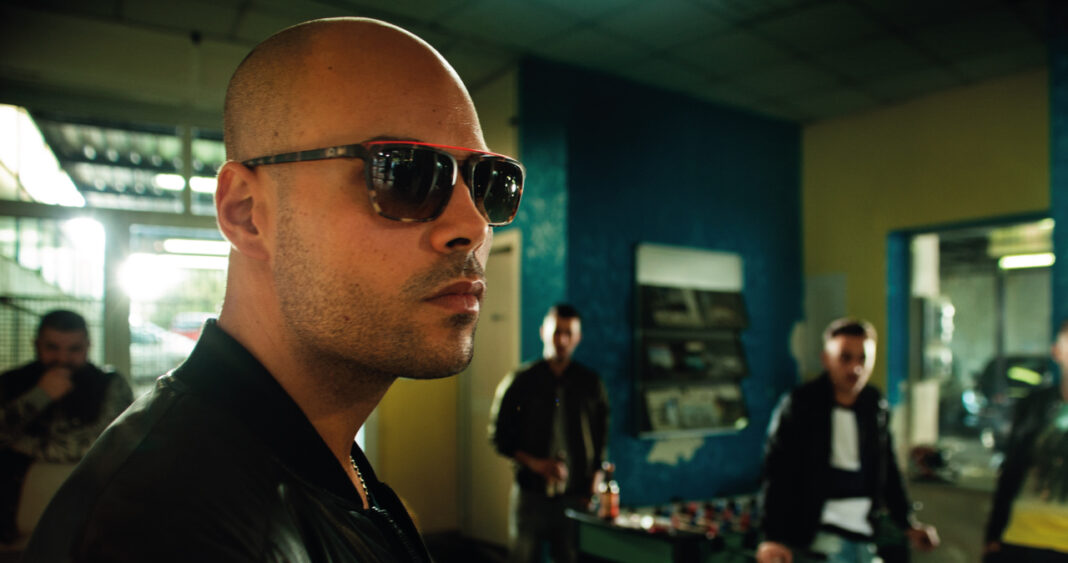 Made In Italy movies are hot!
Comedies, dramas and mysteries. Romance and crime. Each with that quintessentially Italian virtuoso flair. Italian movies on Netflix are all the rage!
It’s time to chill out on the couch and watch movies on Netflix! The current selection is positively diverse, crammed with captivating, exciting and enlightening features. Are you a fan of Italian Mafia movies? An Italian documentary freak? Or just a film-addict? Whatever your preferences all you need to do to get some authentic Italian flair is grab the popcorn and turn your set on!

What are the best Italian movies on Netflix right now

Written by the director and lead actor together, Cado dalle Nubi (literally ‘I fall from the clouds’) this movie is a present-day comedy that paints a vivid and light-hearted picture of social issues. Moving from Apulia to Milan naive music-loving Checco finds himself lost among Italy’s current controversial issues, such as homosexuality and racism against southern Italians.

A gripping comedy-drama on faith and piety featuring prime Italian stars. Atheist heart surgeon Tommaso – Marco Giallini – is unnerved to learn his son wants to become a priest. He sets out to tell off the young man’s charismatic mentor, Father Pietro – Alessandro Gassman – but ends up learning many lessons himself. One of the best Italian movies on Netflix.

08/ I Can Quit Whenever I Want – Masterclass

A hilarious Italian crime comedy. Starring a new generation of comic actors it tells the story of a team of ex-researchers —a neurobiologist, a chemist, a cultural anthropologist, an economist, an archaeologist, and two Latin scholars—that get together to produce an unrenowned smart drug. Immediately successful the gang runs into the complex issues of easily-earned prosperity and fame

A powerful and bitter crime film based on the homonymous non-fiction book by Roberto Saviano. It relates the dynamics of daily life in the Naples’ area where the Casalesi clan (a crime gang within the Camorra) reigns. Audacious and crude the film reports the dramatic strife of five different people whose lives are touched by organized crime. Celebrated by critics worldwide, Gomorrah won five European Film Awards.

Namely “Let’s go to that village”, a word pun on “Vai a quel paese!” Italian for “Go to hell!”. Written and directed by the comedy duo Ficarra e Picone, also leading stars of the picture. It playfully recounts the difficult times of two families compelled to go back to their tiny hometown. Box office hit on release.

A present-day humorous version of Romeo and Juliet with a happy ending. Teo, son of a Northern Italian tycoon, falls in love with Sofia, daughter of a Neapolitan pizzaiolo. The families rant and rave, but finally love triumphs over all and the lovebirds get their big, noisy Southern Italian wedding.

Looking for first-class Italian movies on Netflix? Films superbly written and directed? You’ve got to see the inspiring

Box office super hit directed by Jean-Jacques Annaud, based on the homonymous novel by Umberto Eco. A captivating historical mystery drama starring Sean Connery as the Franciscan friar William of Baskerville, summoned to solve a deadly mystery in an ancient abbey. With Christian Slater as the apprentice.

Namely “The Celebrity” or “ Divine”. A remarkably rendered biographical drama directed by Paolo Sorrentino. Based on the life and many deeds of former Italian Prime Minister Giulio Andreotti the film was awarded with the Jury Prize at the Cannes Film Festival

Italian mafia movie fans, this is what you want to watch! An astounding report on the extensive and deep-rooted relationship between Italian political leaders and the mafia. Starring a plethora of well-known, and extremely skilled, Italian actors.

The Italian music scenario in the 90s: hip hop and rap burst forth, sending leading edge messages through Italian society. The movie retraces the origins and history of Italian rap interviewing the most popular artists of the time.

My Way – the Rise and Fall of Silvio Berlusconi

The love story between celebrity soccer player Maradona and Naples. This Italian documentary movie recounts Maradona’s career and success focusing on the enduring impact the player left on Naples and Neapolitans.

A gripping TV documentary movie on the daily life of Roberto Saviano, writer of Gomorrah, an unfeigned report on organized crime in the Naples area. Directed by TV host Pif the film depicts Roberto’s day to day survival under constant police protection, incessantly monitored and controlled to be able to live.

American crime movie which retraces the murder of Meredith Kercher in Perugia, and trials of the suspects.

Caffè Sospeso /Coffee for All

Caffè Sospeso, i.e. “suspended coffee”, a typical Neapolitan tradition which reveals a frame of mind. You go into a bar or cafè, have what you want, and pay for an extra coffee. That coffee stays there, paid for, suspended, till someone in need comes in. This intriguing documentary film follows different people worldwide, showcasing how and why the “caffè sospeso” philosophy changed their mindset.

Food on the Go

Directed by: Mercedes Cordova
Released: 2017
Whence and why did Italian food cross the ocean and get to the Americas? And how did it change once overseas? Hosting experts and gourmands to illustrate the Italian food heritage this enlightening gastronomic documentary traces the migration and evolution of Italian culinary culture and cuisine.

“I look at the world through a filter of scars.” (Tiziano Ferro’s thesis statement for the film).
Hardship, struggles, love and success of a celebrity popstar. The US-based artist opens up his heart and soul for this striking documentary movie.

Looking for A-1 Italian movies on Netflix? Go for the Netflix Italian series
Netflix also features fabulous intriguing Italian series ideal for those seeking the thrill and irony typical of Italian documentaries and movies.

Based on the homonymous movie and novel it is the first original Italian series created for and distributed by Netflix. The series showcases the sequence of criminal events which binds politicians, mafia bosses and the Vatican involved in the bidding processes concerning the Ostia port, near Rome.

What’s going on in the backstage? Curious about what the actors and film crew of an Italian soap are up to? Find out watching this biting satire staged behind the scenes of an Italian fiction series called, ironically, “The Eyes of the Heart – part 2” .

Why do Italian movies have the extra pizzazz?
What makes Italian movies on Netflix so special and unique? Great actors? Visionary directors? The variety of topics? The settings? The language and gusto?
What’s your view? Share your opinion and preferences with us! Write a comment, tell us what you think!