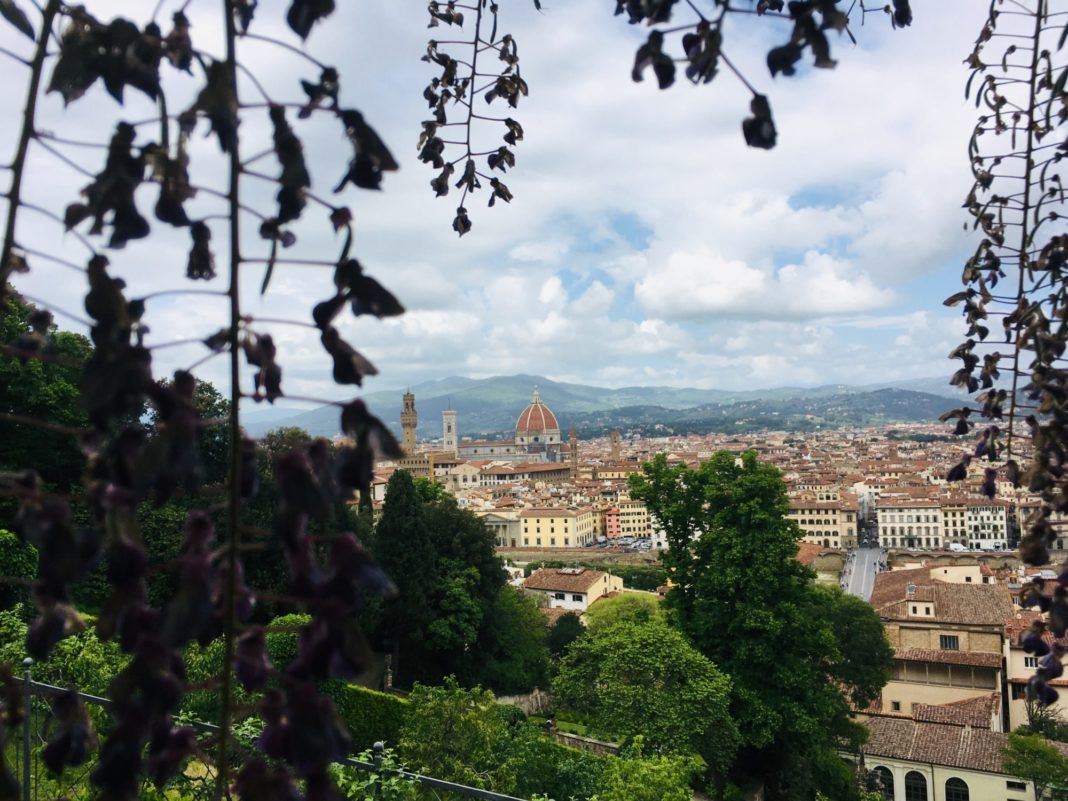 So, from what you could see I took a little Christmas break, but after eating and being able to digest all that Italian food, I was finally able to wake up from that food coma and write this little post for you. Even though I’m back home in the US of A for a couple of days, I’m gonna talk to you about the Florentine accent, cause really how many times can we talk about the Italian dialects and not concentrate on the dialect which became Italy’s written language.

Yep, Florentine is considered to be the originator of modern Italian, from Dante’s Divine Comedy to Manzoni’s Promessi Sposi, it was in that period of time that the Florentine dialect, came about. Dante wrote his poetry in what was once called “Volgare”, meaning of the vulgus, of the people, and the people Dante spoke to every day were Florentine. As time went on, and as Italy became unified, Alessandro Manzoni who was considered by many to be the founder of modern Italian, was invited by the King and the Prime Minister to court to discuss the topic of culture in this newly unified country, and when they spoke of Language Manzoni said: “Vado a lavare ii panni in Arno” (I’m going to go do the wash in the Arno) meaning that the only way to unify the variety of Italian accents, was to use the Florentine accent.

Now after reading this little blob on how did the Italian language develop, and the whole Italian origin, it’s time to discover some new Tuscan Dialect phrases together.

The Florentine Accent dictionary you needed is here

I’m gonna go alphabetic, and I’m gonna have to put the translations in the paragraph, cause I really can’t just literally translate the words as they’re gonna make the whole post a mess. Anyway, let’s start with aggeggiare, when you hear this word it mostly means “to use” but to do this in a frenetic way, the most common way you’ll hear this is “icche t’aggeggi?” (What are you doing with that?/why are you so frenetic? As you can see it really depends on the situation). But it’s also used for “object” when it’s only an “aggeggio” that literally means thing.

Being that Florentines are all about their food, like every Italian really, you shouldn’t be surprised there is a word for “too skinny”. That word is Allampanato, it’s something your family would say that would be followed by a “mangia”. To make an example it would be “O’ come tu sei allampanato? Ma un mangi più?” (god you’re too skinny! What did you stop eating?)

Bada is one of my personal favorite, you can use it in so many contexts. It’s really crazy how much it’s used by Florentines. It literally means “look” or “pay attention to” and you would use it to steer the attention to something. Let’s say it starts raining really hard out of the blue, in this context you’d hear someone say “O’ badahome piove!”. It can also be used before a “lui” or “lei” to bring attention to someone e.g. “O’ badalui come si aggeggia”.

Not exactly a word, but more of an exclamation, O’ is the beginning of pretty much every sentence in Florence. You can’t go a day without hearing it. You need to grab a Florentine attention use O’, someone is being an asshole with you in the club you drop a stern-faced O’, it goes on and on O’ is the definition of Florentine in my opinion.

Florentines are fun people, and fun people do tend to have words to offend you in a cute-ish way. Pallino is one of them it literally means small ball, but when it’s used against you or you use it with someone it’s generally because the conversation is going sour. So be careful when you use Pallino.

Seguita is in my top three favorites. As you saw it’s O’ first, Bada second, and Seguita. Seguita is used in an ironic way to let the person you’re saying it to stop whatever they’re doing. So if someone is being a little annoying, you would be like “O’ allora seguita”. And if they are being a total ass with you just take the last three paragraphs and drop an “O’ Pallino, Seguita”.