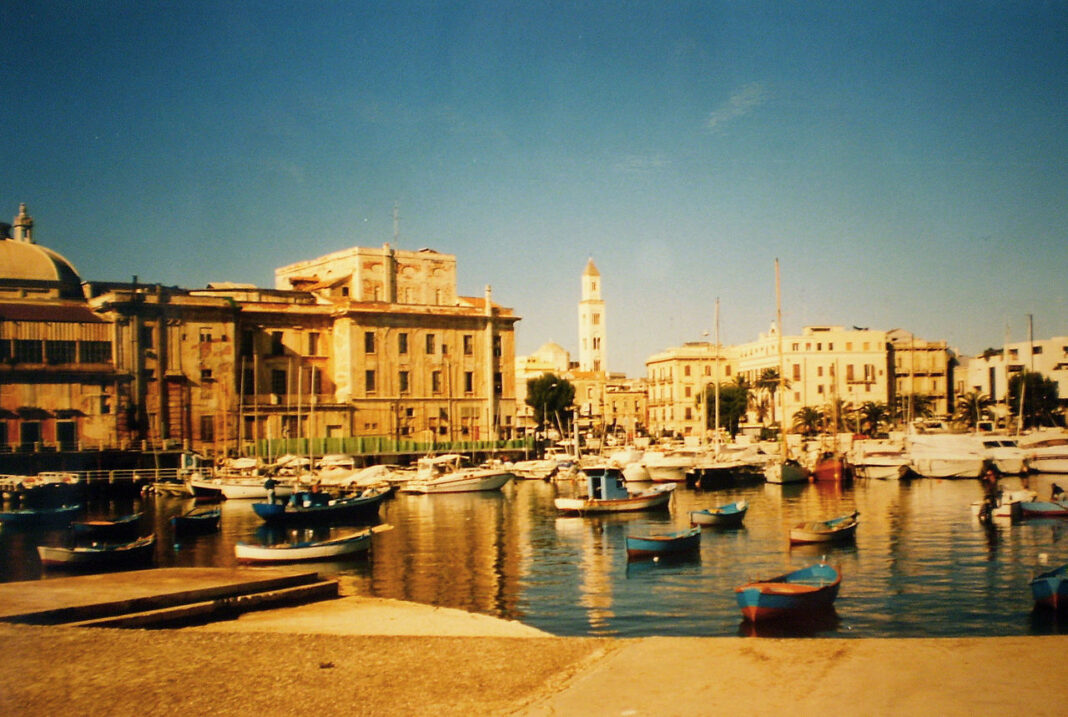 As the times of the pandemic seem to never end, we thought why not give you some more pointers on the multiple dialects that are in Italy. We’ve gone down the road of the most common Italian slang words, Neapolitan, and Sicilian. So, what’s missing in the mix? It’s nothing other than the Bari dialect, no doubt one of the hardest ones in my personal opinion. I mean it’s pretty hard to find even lists of what certain words mean. Luckily I’ve got some friends from Puglia that helped me out in this endeavor, so let’s see what are some of the most common Bari dialect words used in everyday speech.

Now, let’s not forget that southern Italy is one of the most culturally diverse areas of the country, this has a historical connotation to it. Starting from the beginning of western civilization the Greek city-states started to colonize the southern part of Italy, what was called in the past the Magna Grecia. Puglia being the closest to the Greek islands was one of the first places to be colonized. This is seen also by the fact that there are about 10000 people that still speak fluent ancient greek in the Salento region of Puglia. After the Greeks came the Romans, then the Germanic people, then the French, with the Angiò family bringing French to the mix of languages that were spoken, after that the Spanish came in and controlled the region as well, and also the Saracens would find refuge in the coastline, bringing a wide variety of cultures and languages to the southern part of the Peninsula. So, you could understand how the South has such a diverse dialectic scenario.

Ok, after the history lesson I’ll answer the internets questions.

What language is spoken in Bari Italy?

Well, officially Italian. It’s in Italy. But because of the various linguistic influences we talked about prior, we see that the Barese dialect is a language and it’s probably what can be considered the appropriate answer.

What does Bari mean in Italian?

Ok, so being the name of a city it pretty much means…Bari. But it can also mean “you’re cheating” like in a game of cards. But that doesn’t mean that if you go to Bari you’re going to get cheated out of a game. Don’t worry about that. Enjoy the food, and don’t think about “cheating” when in Bari.

Well, there are a lot of different dialects in Italy. If we look at how many regions there are in the country that comes to about 21. But each region has a variety of dialects that is spoken within each area of it. Let’s look at Puglia. Bari has its own dialect, but once you go to the Salento area you find a different dialect when you go towards Trani a different one. But to answer you’re questioning it’s about 25/30 different dialects.

So, Aivògghìie is Sure, but it mostly means a “yeah I’ve done it a while ago, don’t worry”. You would use it in the context of someone asking you if you’ve finished studying for a test, and you’ve done all the readings you needed to do.

Pretty straight forward, in every sense. Dambònde means that it’s right over there. So, if you’re looking for the bathroom and you’re in a restaurant in Bari you’ll probably hear the waiter tell you Dambònde, as in it’s down there.

Ghimmone – Too much to eat

Ghimmone is used when you have too much of a meal, you’re at the end of it and you’re digesting at a slug pace. I’ll tell you with all the great food you’ll find while you’re in Puglia, this might happen a couple times.

Gocciadavè – You scared me sh…. A lot

When you’re in a group of friends and someone decided to prank scare you this would be the best word to use if you’re in the mood to answer in Barese to people you know. It literally means you scared me shitless.

So, you’re down south and you want to go to the beach but you don’t know how to ask for one? Go with Asciugamano first, but they might answer with “aaaaaah un mannile?” And that means towel, so don’t worry they’ve got you covered

Non tene cè ffà! –  Someone who has nothing to do

You got one of those lazy friends that needs a little pep talk, go in straight-faced, and start shouting in Barese to them. Drop-in a Non tene cè ffà! And you’ll scare him straight into being less lazy.

I think it’s fundamental that we know how to say money in every single Italian dialect, cause if you meet some locals and need to ask where to get some cash-out, or an ATM it’s good to drop a little local knowledge on them.

As in the majority of Italy, superstition is still pretty big. I mean everyday it seems like this is a trend everywhere, but I’m not here to talk about sociology. In Naples, you might know that it’s Iella, in Barese it’s Schemògghiìe (these words get harder and harder to write)

This one is pretty much universal in southern Italy. You’ll hear this when someone says some tall tale that is in no way real. It literally means get out of here, but it’s to be interpreted as the Sopranos style Geeet out a’heeeere!